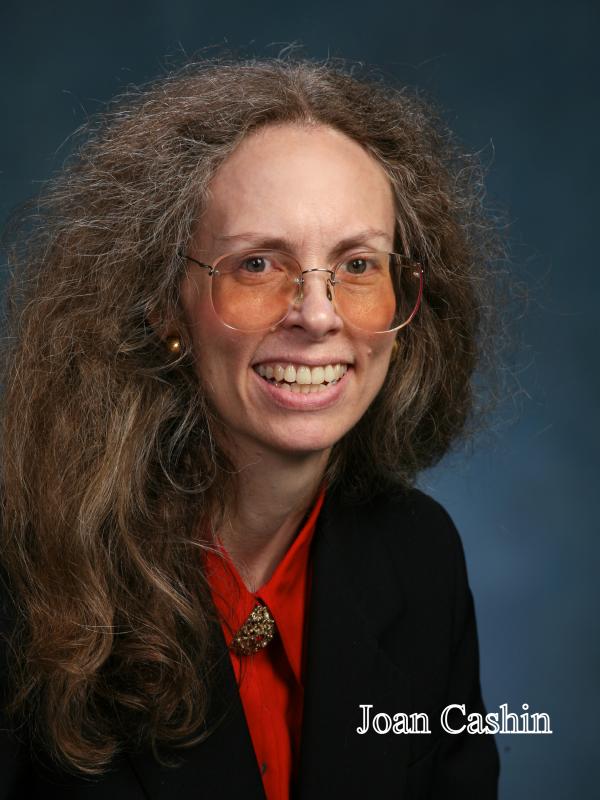 An historian of the United States, Joan Cashin specializes in social, economic, and cultural history, including the antebellum, Civil War, and Reconstruction eras. She has published A Family Venture: Men and Women on the Southern Frontier (Oxford University Press, 1991, 1994); Our Common Affairs: Texts from Women in the Old South (Johns Hopkins University Press, 1996); The War Was You and Me: Civilians in the American Civil War [editor] (Princeton University Press, 2002); and First Lady Of The Confederacy: Varina Davis's Civil War (2006, 2008), which won the Fletcher Pratt Award from the Civil War Roundtable of New York and was a finalist for three other prizes.

Cashin's two most recent books, supported in part by a grant from the Mershon Center, are War Stuff: The Struggle for Human and Environmental Resources in the American Civil War (Cambridge University Press, 2018); and War Matters: Material Culture in the Civil Era [editor] (University of North Carolina Press, 2018). Cashin has also published 20 articles in scholarly publications.

Cashin has served on the prize committees for the Merle Curti Prize, Beveridge-Dunning Prize, Berkshire Prize, and Lincoln Prize, as well as the selection committee for the James Madison Fellowship, among other prizes. Currently she serves on the board of the Abraham Lincoln Institute and the editorial board of the Journal of Family History. For 20 years (1994-2014), she co-edited a series on Gender Relations in the American Experience at Johns Hopkins University Press, with Ron Walters.

War Materials: Armies, Civilians, and the Struggle for Resources during the American Civil War (2013-14)