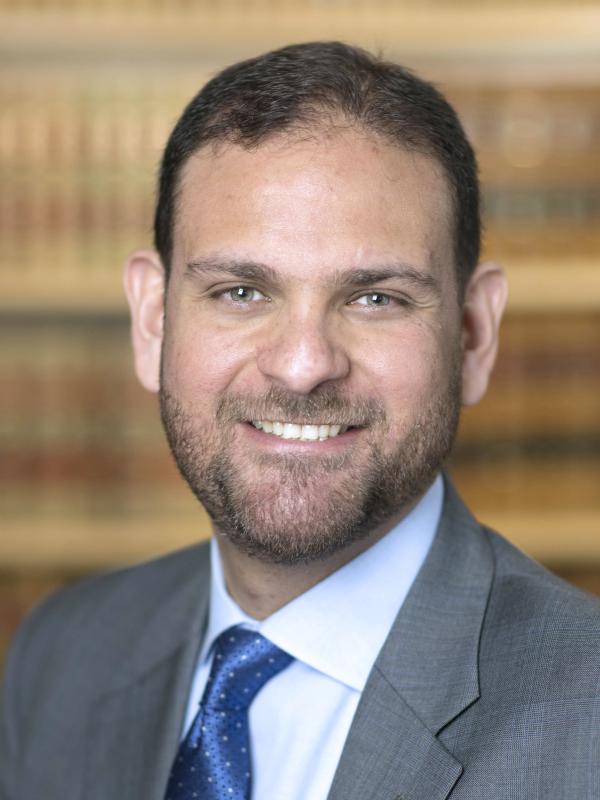 Mohamed Helal is assistant professor of law at Moritz College of Law, and an affiliated faculty member of the Mershon Center for International Security Studies.

Prior to coming to Moritz, Helal was a lecturer-on-law at Harvard Law School where he obtained his S.J.D. and LL.M. degrees. He also taught international criminal law as a visiting assistant professor at the Section Française of Ain Shams University Faculty of Law and taught international human rights law at American University in Cairo.

Helal has substantial policy experience in the field of international law through many years of service as a diplomat and as an international civil servant. After serving on the cabinet of the secretary general of the League of Arab States during 2002 and 2003, he joined the Egyptian Diplomatic Corps, and became a member of the cabinet of the minister of foreign affairs of Egypt from 2005 until 2009. During that period, he worked on issues relating to multilateral diplomacy and international organizations, with a focus on human rights and humanitarian affairs at the United Nations, non-aligned movement, and Organization of Islamic Cooperation. In 2011, Helal joined the Bahrain Independent Commission of Inquiry as the commission’s legal officer, and he served as legal counsel to the deputy minister of foreign affairs of Egypt during 2016.