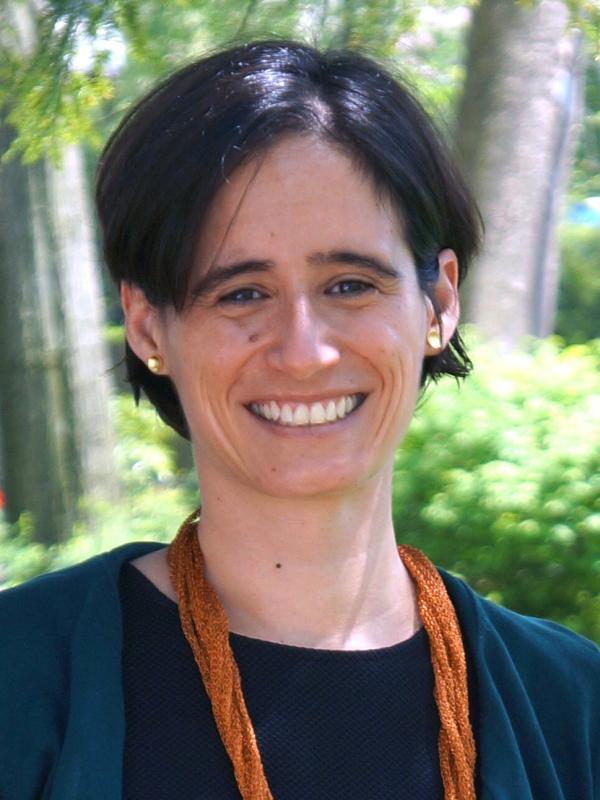 Inés Valdez is a political theorist and an assistant professor of political science at The Ohio State University.

She is interested in the problem of racial, gender, and religious difference within political theory. Questions that animate her research include: How is difference constructed politically? What are its effects on subjects? How do subjects act politically in response to these constructions?

Valdez addresses this core concern through three projects. The first project is Transnational Cosmopolitanism: Kant, Du Bois, and Justice as a Political Craft (Cambridge University Press, 2019) that proposes a transnational cosmopolitanism built upon the post-First World War writings and political practice of W.E.B. Du Bois and offers a critical reading of Kant's and neo-Kantian cosmopolitanism. It was supported by a 2016 grant from the Mershon Center.

A second book manuscript in progress examines the imperial origins of popular sovereignty. Building upon a variety of 19th century and early 20th century intellectuals, she argues that the racial/imperial politics of labor and labor mobility centrally shaped the contemporary meaning of sovereignty and self-determination. Based on this historical genealogy, she engages critically with contemporary theorizations self-determination, global justice, and migration.

The third project consists of articles that theorize race in relation to secularism, migration and policing, in ways indebted to the anthropology of Islam, Latina/o political thought, and black studies, respectively. Conceptually, this work engages critically Philip Pettit’s freedom as non-domination, Michel Foucault’s discipline and biopolitics, Walter Benjamin’s violence and the general strike, and Giorgio Agamben’s state of exception.

Her research has been or is currently supported by the Humboldt Stiftung, Princeton University Center for Human Values, and Max Weber Programme.

Valdez holds courtesy appointments from Comparative Studies; Germanic Languages & Literature; History (Power and the State Constellation); Spanish and Portuguese; and Women's Gender, and Sexuality Studies. She is affiliated with the programs on International Studies, Latin American Studies, Middle Eastern Studies, and Latina/o Studies, which she directs.