Carole Fink, "The Transformation of a 'Special' Relationship: West Germany and Israel, 1965-1974" 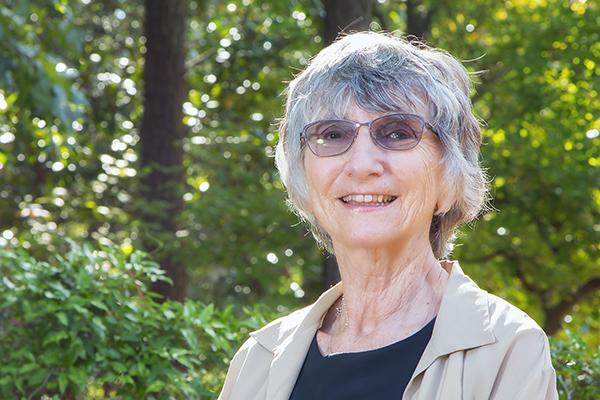 Carole Fink, Humanities Distinguished Professor of History Emerita at The Ohio State University and a former affiliate of the Mershon Center, is the author and editor of 15 books, most recently West Germany and Israel: Foreign Relations, Domestic Politics, and the Cold War, 1965-1974; Cold War: An International History, 2nd ed.; and Writing 20th Century International History: Explorations and Examples.

Two of her earlier books – The Genoa Conference of 1922 and Defending the Rights of Others: The Great Powers, the Jews, and the International Protection of Minorities, 1878-1938 - were awarded the George Louis Beer Prize of the American Historical Association, and her biography of the French historian and resistance hero Marc Bloch has been translated into six languages (most recently into Chinese).

Since her retirement, Fink has been a guest professor in China, Israel, Germany, and Australia.  She is currently at work on a new book on West Germany and the Soviet Jewish refugees during the last two decades of the Cold War, for which she has received research grants from the Leibniz Institute of the University of Mainz and the Henkel and Thyssen Foundations.

In the era of détente between 1965 and 1974, West Germany and Israel moved in almost opposite directions.  Bringing new evidence and analysis to the changes in this fraught historical bond, Carole Fink will discuss the transformation of a formerly “special” relationship after diplomatic ties were established in 1965. The Federal Republic, the world’s third largest export economy, launched a series of independent diplomatic initiatives in Europe and the Middle East, while Israel, after its spectacular military victory in June 1967 failed to achieve peace with its Arab neighbors and became increasingly isolated and dependent upon the United States. Yet these two countries remained closely connected by shared security concerns, personal bonds, and the recurrent evocations of the German-Jewish past.

This event is part of the First Friday series featuring research by Mershon Center affiliates.