Christopher Nichols, “'Pursuing a Free Hand': The Election of 1952 and Conservative Foreign Policy in the Early Cold War” 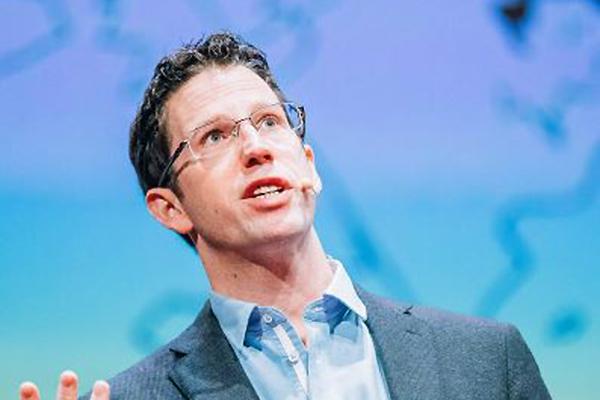 Christopher McKnight Nichols is associate professor of history at Oregon State University and director of Oregon State’s Center for the Humanities. He leads Oregon State’s Citizenship and Crisis Initiative, which he founded.

Nichols specializes in the history of the United States and its relationship to the rest of the world, particularly in the areas of isolationism, internationalism, and globalization. In addition, he is an expert on modern U.S. intellectual, cultural, and political history, with an emphasis on the Gilded Age and Progressive Era (1880-1920) through the present. He is author of Promise and Peril: America at the Dawn of a Global Age (Harvard UP, 2011, revised paperback 2015), which received a number of accolades and prominent reviews, including “a top 25 overlooked political book of 2011” from the Huffington Post; he is co-editor and co-author, Prophesies of Godlessness: Predictions of America’s Imminent Secularization from the Puritans to the Present Day (Oxford UP, 2008), Senior Editor, Oxford Encyclopedia of American Military and Diplomatic History (2013), co-editor, Wiley Blackwell Companion to the Gilded Age and Progressive Era (2017).

Nichols is co-editor, co-author of the forthcoming Rethinking Grand Strategy: America and the World from the Colonial Era to the Present (Oxford, exp. 2020). He is at work on a book on Cold War domestic and foreign policy as seen through the prism of the election of 1952 tentatively entitled “Republican Revival: Ike, Taft, and the Election of 1952” (Oxford, exp. 2021). Nichols also is co-editor and co-author of the forthcoming “Ideology and U.S. Foreign Relations, A Brief History.” Nichols also is writing a sweeping history of American Isolationism and another study of the role of ideas and intellectuals in the debating and making of the U.S. role in the world.

Nichols is an editorial board member and co-founder of the “Made by History” section of the Washington Post. Nichols is a frequent commentator on air, online, and in print on the historical dimensions of contemporary U.S. foreign policy and politics, most notably on National Public Radio and as a regular guest on Oregon Public Radio’s Think Out Loud with Dave Miller. Nichols serves as Online Editor of the Journal of the Gilded Age and Progressive Era. In April 20-18 Nichols gave a TED Talk on “The Untold Story of American Isolationism” (aka “Why History Matters Today), to a sold out audience of 3,000 people and tens of thousands watching online. He is an Organization of American Historians Distinguished Lecturer. In 2016 Nichols was honored as an Andrew Carnegie Fellow. He was Oregon State University’s Honors College Professor of the Year in 2014. He also is a permanent member of the Council on Foreign Relations and a member of the Board of Trustees of the Oregon Historical Society.

Conservative arguments for non-intervention and isolation disappeared from the American scene in mere seconds after the Japanese attack on Pearl Harbor, December 7, 1941. But those philosophical and policy positions were not dead ... they were in waiting.

Christopher Nichols’s presentation will explore a  moment when these ideas were in resurgence. The period from 1946 to roughly 1953 is one many assume they known well but Nichols recasts in a new light by combining domestic political history with a focus on ideas and U.S. foreign policy. The subject of Nichols’ forthcoming book,  the talk will explore the transformation in political thought and politics about the U.S.’s proper relationship to the world in the years immediately following WWII. Centering his analysis on the competing visions and experiences  of Robert Talk and Dwight Eisenhower, Nichols focuses on the election of 1952 as a pivotal moment. He argues that the 1952 election, when understood in terms of broader political, diplomatic, and intellectual patterns/transformations, marked a seismic shift in party politics, realignment in the electorate, and foreign policy. It should thus be seen as the central turning point in the U.S.’s early Cold War – ideologically and politically within the nation, and with wide-ranging ramifications for the U.S. and for the world.

This event is part of the Mershon Center's International History Speaker Series.