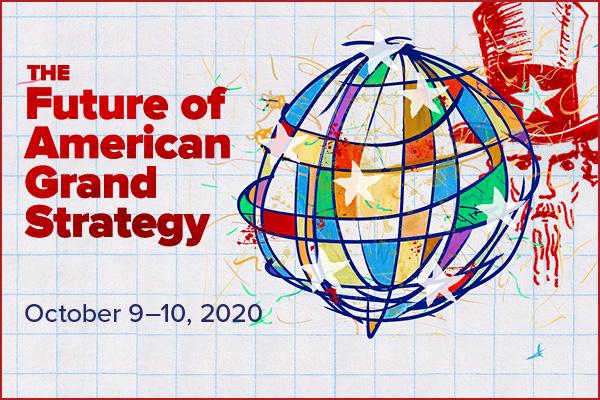 This event was originally scheduled for April 2020 and rescheduled to a virtual format due to safety precautions surrounding the global coronavirus pandemic.

The conference has three purposes. First, we will explore why Donald J. Trump became president of the United States. Why did Americans vote for Trump? What do they claim they were trying to achieve with their vote? Second, what is the current debate over U.S. grand strategy, and what should be America’s grand strategy moving forward? The simplest way to think of grand strategy is as a road map between means and ends. Grand strategies determine the state’s core interests, how it can best pursue its objectives, and what most threatens them. China’s rise to the status of a peer competitor puts it front-and-center in any discussion of American grand strategy. What is the current Trump strategy towards Beijing, and how should the U.S. deal with China in the future? More broadly, is grand strategy still possible? Finally, we will investigate public opinion and foreign-policy attitudes as they relate to American grand strategy. These discussions will include the normative foundations, perceptions of costs and fairness, and elite rhetoric that either buttress or undermine American grand strategy and associated foreign policies.

This event is cosponsored by the Program for the Study of Realist Foreign Policy at the Mershon Center for International Security Studies and The Charles Koch Foundation.

Opening Remarks.  Randall Schweller, The Ohio State University and Director for the Program for the Study of Realist Foreign Policy

Making them Pay: Using the Norm of Honesty to Generate Costs for Political Lies. Sarah Croco, Government, University of Maryland

File
Making them Pay: Using the Norm of Honesty to Generate Costs for Political Lies308.3 KB