The Hardest Place - The American Military and the War in Afghanistan 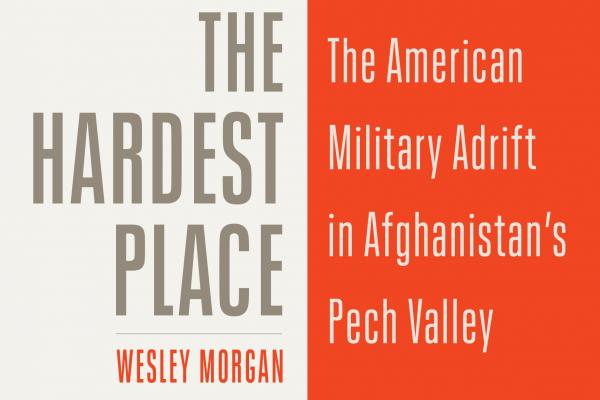 When Americans think of the war in Afghanistan, they often think of a small, remote corner of the country where U.S. military action has been heavily concentrated: the Pech valley and its tributaries in Kunar and Nuristan provinces. The rugged, steep terrain and thick forests made the region a natural hiding spot for targets in the American war on terror, from Osama bin Laden to the Islamic State, and it has been the site of constant U.S. military activity for nearly two decades.

Wesley Morgan first visited the Pech in 2010, while he was still a college student embedding with military units as a freelancer. By then, the Pech and its infamous tributary the Korengal had become emblematic of the war, but Morgan found that few of the troops fighting there could explain why their remote outposts had been built. In The Hardest Place, he unravels the history those troops didn’t know, captures the culture and reality of the war through both American and Afghan eyes, and reports on the snowballing American missteps that made each unit’s job harder than the last as storied outfits like Marines, paratroopers, Rangers, Green Berets, and SEALs all took their turn.

Through reporting trips, hundreds of interviews with Americans and Afghans, and documentary research, Morgan writes vividly of large-scale missions gone awry, years-long hunts for single individuals, and the soldiers, Marines, commandos, and intelligence operatives who cycle through, along with several who return again and again to the same slowly evolving fight.

Wesley Morgan is a military affairs reporter who most recently covered the Pentagon for two and a half years at Politico. He previously worked as a freelance journalist in Washington, D.C., Iraq, and Afghanistan, contributing stories to The Washington Post, The New York Times, The Atlantic and other publications. He is an alumnus of Princeton University.

This event may be recorded and posted to our YouTube channel. If you choose to participate in discussion, you are presumed to consent to the use of your comments and potentially your image in these recordings. If you do not wish to be recorded, please contact Kelly Whitaker, (whitaker.285@osu.edu.