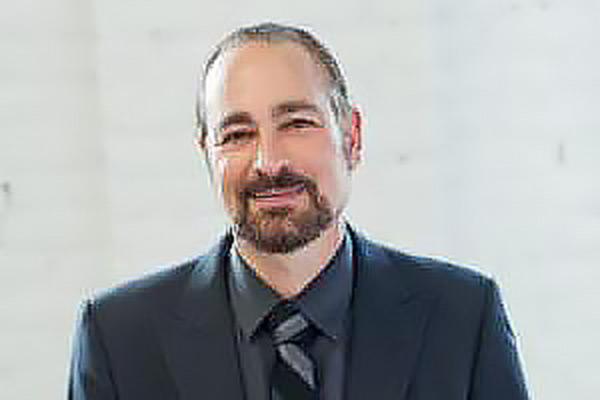 Realism as a theoretical perspective has dominated the study of international relations for centuries. From the sophists and Thucydides, to Machiavelli and Hobbes, E. H. Carr and Hans Morgenthau, to Kenneth Waltz, Robert Jervis, and John Mearsheimer, realist thinkers have offered lucid and timely analysis of what makes the clock tick in international politics.

After the Cold War,  many non-realists were proclaiming the death of realism, arguing that it was finished as a useful perspective for understanding world politics. Yet today, realism is making a comeback. With the rise of China, the return of Russia as a geopolitical player, the ascendance of Trump, populism, autocracy, inequality, economic nationalism, and geoeconomics, and the retreat of democracy, the world appears to be moving in directions consistent with traditional realist expectations.

On September 27-28, 2019, the Mershon Center held a conference on New Wave Realism, with the purpose of fostering a community of young realist scholars, who are exploring these new global and national developments by adopting, modifying, restating, and renewing realist theories and concepts. See photos here

Conference organizer Randall Schweller tells us about the event:

Q. What exactly is realism and why is it important that we study it?

Realism is an elegant and timeless theoretical perspective about how the structural condition of international anarchy compels states to seek power, security, autonomy and prestige. It tells us a few big, important, and enduring things about what makes the clock tick in international politics. Realists are most distinguished from adherents of other perspectives (e.g., liberals, Marxists) by their unique way of seeing the world.

Specifically, realists view the world through a dark, pessimistic, and somewhat paranoid lens:

Q. Can you give a few examples discussed at this conference of the ways realism can be used to understand current events?

As an analytical matter, realism does not distinguish between "good" states and "bad" states, but essentially treats them like billiard balls of varying size. The only meaningful difference among states is their relative power, not whether they are democratic or not.

Along these lines, Benjamin Denison argued that the post-Cold War foreign policy of the United States, which focused on democratic enlargement and regime change, produced anxieties in potential peer rivals that drove their foreign policy decision-making and defense posture towards the United States. Unclear about American willingness to pursue regime change, targeted states opposed broad swaths of American foreign policy — including nuclear politics, NGOs and civil society programs, human rights missions, international institutions, and military alliances — in order to ensure their own regime security. Such “regime change anxiety” directly contributed to the rise of competitive behavior by the United States’ peer challengers, who have not only resisted but worked to bring down the American-led liberal order.

Similarly, Lindsey O’Rourke, a former undergraduate in political science at Ohio State University who is now an assistant professor at Boston College, asks: how does foreign-imposed regime change (FIRC) influence relations between the intervening state and its target? Can a state use FIRC to turn a foe into a friend that will support its foreign policy agenda? Non-realist proponents of regime change argue that states can improve interstate relations by overthrowing hostile governments and installing friendly leaders, who will then promote their state’s interests at home and abroad.

Realists, who oppose regime change for the purpose of installing a government with a preferred regime type (democratic or otherwise), claim that changing the behavior of another state is more difficult than simply changing that state’s leadership because states have enduring geopolitical/realpolitik interests. Indeed, regime change often backfires because leaders who act at the behest of a foreign power often elicit a domestic backlash that compels them to distance themselves from their foreign patron. This explains the case of the United States’ “2001” regime change in Afghanistan and Washington’s subsequent frustrating relationship with Afghan President Hamid Karzai.

Q.  How did this conference help young scholars make connections that will enhance their research and their careers?

By bringing young realists together for two intense days, the conference served as an intense workshop that, in the course of exploring their arguments and ironing out logical and empirical kinks in their papers, forged strong bonds among the participants. It was a truly memorable intellectual and social experience for all who attended. As one of the participants told me afterwards: “It was a great time and the comments on my new project will be instrumental in getting it off the ground and towards publication.”

Q. Did any particular papers from the conference stand out?  Was there a particularly memorable interaction?

I wouldn’t say that any one paper stood out; they all make significant theoretical and policy-prescriptive contributions. That noted, the paper by Mariya Grinberg, a University of Chicago Ph.D. student who is currently a post-doctoral fellow at Stanford University, explores why states trade with their enemies during war.  She argues that states make deliberate choices when setting their wartime commercial policies and that these policies are tailored to match the type of war the state is expecting to fight.

Specifically, states seek to balance two goals – maximizing revenue from continued trade during the war and minimizing the ability of the opponent to benefit from the security externalities of trade. As a result, states trade with the enemy in (1) products that their opponents take a long time to convert into military capability and (2) products that are essential to the domestic economy.

This led to a memorable exchange between Mariya and Rick Herrmann, who emphasized the effects of domestic politics on a nation’s trade policy. Grinberg stood her ground with a terse structural realist response. To paraphrase: “Domestic politics doesn’t play a role in this matter … Next question.”

Q. How do you see the knowledge generated by this conference being applicable to real-world issues?

As long as the world remains anarchic — that is, as long as there is no world government above states that can act as a sovereign arbiter, making and enforcing agreements among states, realism and its enduring principles will remain relevant to real-world issues. Today, the study of realist foreign policy could not be more urgent.

For the first time since World War II, the American people have elected a president who disparages the policies, ideas, and institutions of the global liberal order at the core of postwar U.S. grand strategy. Indeed, much of what we call “the West” seems to be undergoing a similar deep modification in the ideas of its peoples. To the extent that we are witnessing a true and lasting political sea change, the present epoch represents one of those critical historic moments in which the political thought of humankind is undergoing profound transformation.

It is a most confusing time, however, because the ideas of the past, though under attack, are still very powerful, while the ideas that are to replace them are still in the process of formation. Hence, the present age is one of transition. And this is precisely the time when we need to revisit and debate American grand strategy and foreign policies.

Political realism is an important and surprisingly overlooked component of the current debate, which will only intensify during the upcoming election year. Indeed, after more than seven decades of extroverted U.S. foreign policy, a significant portion of the American body politic is demanding an end to liberal internationalism and its replacement with a foreign policy of global restraint, retrenchment, and a return to realist principles rooted in narrow self-interest.

In stark contrast with liberal hegemony, realism champions a narrow definition of the national interest, which does not include things like democracy promotion, humanitarian intervention, the responsibility to protect people from atrocities, the advocacy of human rights abroad, or nation building. This narrowly self-interested, realist philosophy is precisely what President Trump’s “America First” campaign slogan captured and seeks to promote.