Director Gelpi's Op-Ed for The Columbus Dispatch: "We made Putin's war with Ukraine inevitable"

Director Gelpi's Op-Ed for The Columbus Dispatch: "We made Putin's war with Ukraine inevitable" 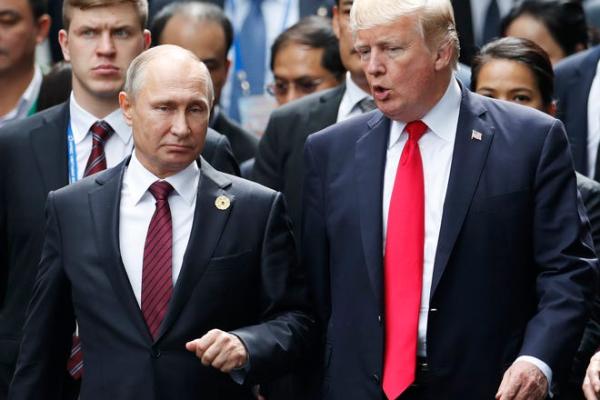 This opinion article was originally posted to The Columbus Dispatch on March 2, 2022

Blame for the tragedy in Ukraine must be placed primarily on Vladimir Putin, a ruthless autocrat bent on reviving a Russian empire.

But this war is also the predictable result of 30 years of mismanagement of American strategy in Europe.

Consequently, some of the blame must also be placed on an American foreign policy establishment — both Democrat and Republican — that profoundly misunderstands the sources of security and stability in international politics.

From 1945 through 1990, America and its NATO partners kept Europe surprisingly peaceful amid the Cold War through the deployment of nuclear weapons and the maintenance of a balance of power. The collapse of the Warsaw Pact and the Soviet Union in 1991 liberated Eastern Europe from the grasp of the communist bloc, but these new states remained vulnerable to the inevitable revival of a powerful Russia.

Understandably, the United States wants to protect the independence of these nations but is very reluctant to fight a ground war in defense of countries so close to Russian borders. But from the very first moments of the post-Cold War era, American leaders mishandled this dilemma.

As Germany prepared to reunify in 1990, the George H.W. Bush administration privately promised to Soviet leaders that NATO would not move “not one inch eastward” of Germany. But Bush 41 failed to formalize these understandings, leaving the door open to future misunderstanding.

The easiest way to ensure Ukrainian independence in the absence of an agreement with Russia would have been to allow them to retain the nuclear weapons that they inherited from the Soviet Union. The modern state of Ukraine was born with the third-largest nuclear arsenal in the world. It is impossible to imagine Putin attacking Kyiv if Ukraine had retained and developed this capacity. But the Clinton Administration chose to make them vulnerable to an inevitably resurgent Russia by enticing Ukraine to surrender its arsenal.

A decade later, the George W. Bush administration addressed Moscow’s revival by extending NATO all the way to Russian borders, including former territories of the Soviet Union. Not surprisingly, this policy was viewed as aggressive by Putin. But Bush 43 built an Achilles' heel into this policy by excluding Ukraine and Georgia while simultaneously promising future inclusion. One can hardly imagine a policy more likely to encourage Putin’s expansion into former Soviet territories. He almost immediately began to do so, first in Georgia and later in Crimea and eastern Ukraine.

Finally, as the current invasion of Ukraine approached, the Biden administration categorically refused to negotiate with Putin over the status of Ukraine and NATO, yet also categorically ruled out the use of American military forces.

Once again, it is difficult to imagine a policy more perfectly designed to encourage an attack. Attempting to deter a military invasion with the threat of economic sanctions is utterly ineffectual.

Some may argue that negotiating spheres of influence for the world’s great powers is illegitimate and that international order should be based on principles of law and national self-determination.

While such sentiments are laudable, they are useless when confronting leaders like Putin who want no part of such an order. Moreover, while standing on principle while risking one’s own life may be admirable, it is less so when risking the lives of others from a safe distance.

We will never know whether a serious attempt to negotiate with Putin would have yielded any better solutions. Excluding Ukraine from NATO in exchange for Russian promises to refrain from invasion might have been in everyone’s interest.

Such a solution would only be partial and would only postpone the issue. But partial solutions and delaying hard choices is often what success looks like in international diplomacy.

What we can say for certain, however, is that the failure of American leadership to think clearly about the balance of power and interests in Europe for nearly three decades made the current tragedy in Ukraine nearly inevitable.