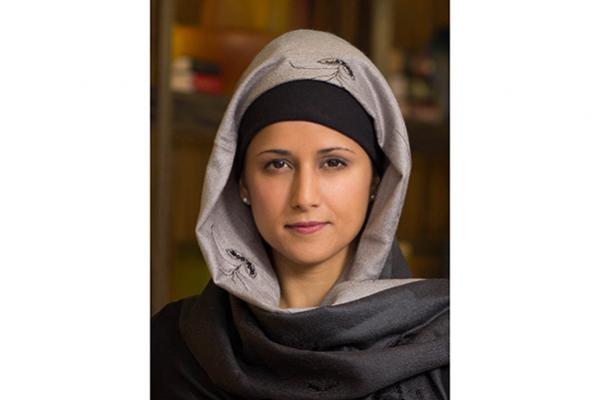 For two decades, militant jihadism has been one of the world's most pressing security crises. In civil wars and insurgencies across the Muslim world, certain Islamist groups have taken advantage of the anarchy to establish political control over a broad range of territories and communities. In effect, they have built radical new jihadist proto-states.

Why have some ideologically-inspired Islamists been able to build state-like polities out of civil war stalemate, while many other armed groups have failed to gain similar traction?

In Jihad & Co.: Black Markets and Islamist Power (Oxford University Press, 2017), Aisha Ahmad argues that there are concrete economic reasons behind Islamist success. By tracking the economic activities of jihadist groups in Afghanistan, Somalia, Pakistan, Mali, and Iraq, she uncovers an unlikely actor in bringing Islamist groups to power: the local business community.

Jihad & Co. is winner of the Mershon Center's Edgar S. Furniss Award, given annually to an author whose first book makes an exceptional contribution to the study of national and international security. Ahmad will speak about the book at the Mershon Center on Tuesday, April 23, 2019, at 3:30 p.m. Read more and register

To illuminate the nexus between business and Islamist interests in civil war, Ahmad's book journeys into war-torn bazaars to meet with both jihadists and the smugglers who financed their rise to power. From the arms markets in the Pakistani border region to the street markets of Mogadishu, their stories reveal a powerful economic logic behind the rise of Islamist power in civil wars.

Behind the fiery rhetoric and impassioned, ideological claims is the cold, hard cash of the local war economy. Moving readers back and forth between mosques, marketplaces, and battlefields, Ahmad makes a powerful argument that economic savvy, as much as ideological fervor, explains the rise of militant jihadism across the modern Muslim world.

Aisha Ahmad is an assistant professor of political science at the University of Toronto, director of the Islam and Global Affairs Initiative and a senior researcher of the Global Justice Lab at Munk School of Global Affairs, and chair of the board of directors of Women in International Security (WIIS)-Canada.

She is currently a senior fellow at Massey College and a fellow at Trinity College, and was formerly an international security fellow at Belfer Center for Science and International Affairs at the Harvard Kennedy School.

She has conducted fieldwork in Afghanistan, Pakistan, Somalia, Mali, Iraq, and Lebanon, and has advised both government and international organizations on global security policies. Her research uncovers the economic drivers of conflict in war zones across the modern Muslim world.

Ahmad is also the 2018 winner of the Northrop Frye Award of Excellence for outstanding contributions to co-curricular learning and pedagogical innovation; this prize is awarded to one faculty member per year, across all three campuses, all disciplines, and academic ranks at the University of Toronto. She also won the 2018 University of Toronto, Scarborough Campus Assistant Professor Award for outstanding contributions to undergraduate teaching at the Scarborough campus.

In 2017, she was named one of Toronto’s “most inspiring women” of 2017 in Post City Magazine. In 2018, she was named the 2018 “Muslim Woman of the Year” at the Muslim Awards of Excellence MAX gala, which celebrates outstanding achievements by a Muslim Canadian in their field. In addition to being chair of the board of WIIS-Canada, Ahmad is also CEO of the WIIS Toronto chapter.