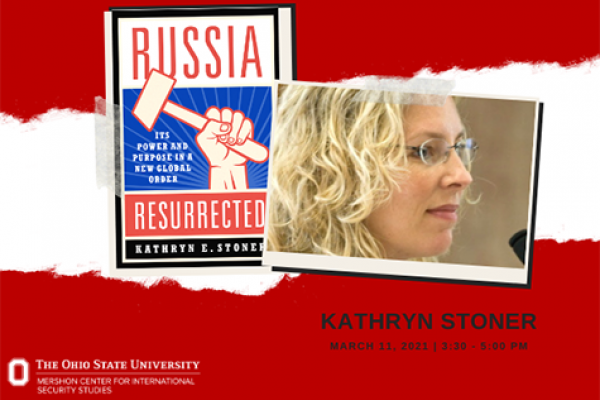 Too often, we are told that Russia plays a weak hand well. But, perhaps the nation’s cards are better than we know.

Russia ranks significantly behind the U.S. and China by traditional measures of power: GDP, population size, over-all health, and military might. Yet 25 years removed from its mid-1990s nadir following the collapse of the USSR, Russia has become a supremely disruptive force in world politics.

On March 11, 2021, Kathryn Stoner joined the Mershon Center for International Security Studies to discuss her new book, where she assessed the resurrection of Russia and argues we should look beyond traditional measures of power to assess its strength in global affairs. Taking into account how Russian domestic politics under Vladimir Putin influences its foreign policy, Stoner explained how Russia has battled its way back to international prominence.

The event in its entirety can be seen below.