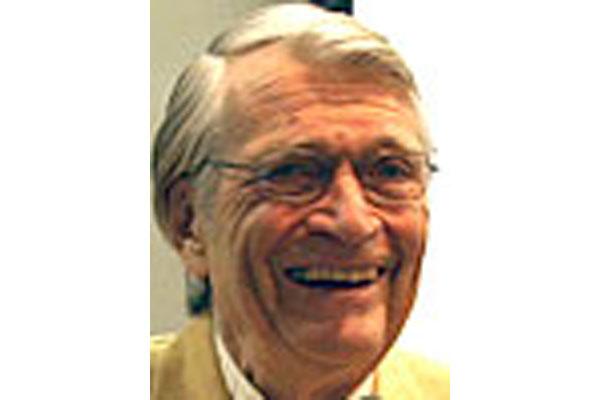 Chadwick Alger, professor emeritus of political science and public policy at the Mershon Center, passed away on February 15, 2014, at the age of 89.

Alger, an authority on peacebuilding and the United Nations system, joined the political science faculty of The Ohio State University in 1971, where he did teaching and research for more than 40 years.

Subjects of his research included decision-making in the U.N. General Assembly, the role of non-governmental organizations in the struggle for human rights and economic well-being, evolving roles of NGOs in U.N. decision-making, potential roles of the U.N. System in the 21st century, religion as a peace tool, the expanding tool chest for peace builders, and why the United States needs the U.N. System.

At the Mershon Center he worked on two main projects:

Alger is the author of 15 books, including three from Springer Press this past year, and more than 100 articles on the UN System, peace building, and conflict resolution.  He was also past president of the International Studies Association, and had affiliations with the American Political Science Association, Peace Research Association, and other organizations.

ISA now offers the annual Chadwick F. Alger Prize for the best book on the subject of international organization and multilateralism.  Past recipients include Mershon affiliate Alexander Thompson, who won for his book Channels of Power: The UN Security Council and U.S. Statecraft in Iraq (Cornell University Press, 2009).

Alger served in the U.S. Navy as an aviation radioman in the Pacific from 1943 to 1946, and as a naval intelligence officer from 1950 to 1954.  Military service generated an interest in international relations, guiding his education and career through a lifetime.

A memorial service will take place on Friday, April 11, at 1 p.m. at the Audubon Center, 505 W. Whittier St. in Columbus.  The Ohio State community is encouraged to attend.  Messages and inquiries may be sent to his family via his daughter, Laura, at lrcarter@sprintmail.com.