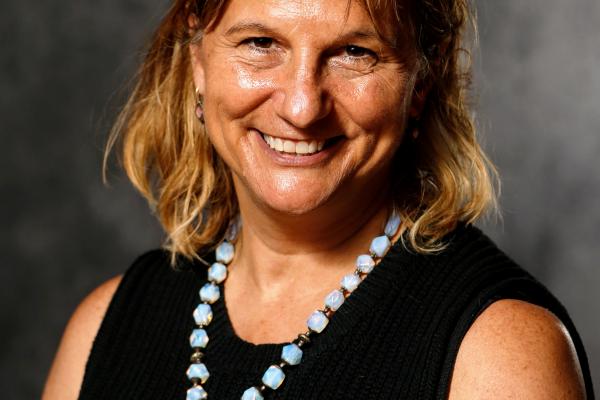 We are excited to welcome Laura Dugan to the Mershon team as the Designated Professor of Human Security. Laura joins us from the top criminology program in the country at the University of Maryland. Her work on terrorism and hate crimes further substantiates Mershon’s commitment to exploring the intersections of international, national, and human security. Laura also holds a joint appointment in the Sociology Department.

Learn more about Laura in the Q&A below and help us welcome her to the Mershon community!

What drew you to the Mershon Center?

When I first visited the Mershon Center in 2013, I was very impressed. At my invited talk, I met a vibrant group of eclectic scholars who asked engaging questions that were influenced by their different disciplinary perspectives. This multidisciplinarity was especially appealing to me because I had been drawn throughout my career to multidisciplinary scholarly problem-solving hubs that were designed to elucidate and assuage societal problems. In graduate school I served as a Fellow with the NSF-funded National Consortium on Violence Research (NCOVR), which was created in response to the growing violence of the late 1980s and early 1990s. At the University of Maryland, I helped create the DHS-funded National Consortium for the Study of Terrorism and Response to Terrorism (START). Both consortia ran through their original funding cycles and had to shift their missions in order to maintain new funding streams. NCOVR ended in the mid-2000s and START is ongoing. I recognized in 2013 that Mershon was similar to these consortia, but was also more institutionally stable – a quality that helps keep it true to its core mission. I made a mental note then to engage myself more with the Mershon Center if ever given the chance.

What research projects do you hope to highlight or make progress on in the coming years?

Much of my research over the years has been focused on understanding how acts by governments and their representatives influence political and hate-based violence. This effort has required me to collect data on a wide range of nuanced actions by different governments, which has proven to be both arduous and rewarding. Fortunately, the arduous part is getting easier as technological advances have reduced what previously took nearly fifty coders and many years into a simple exercise by a data scientist (I hope). While my methodological bent is highly quantitative, I am well aware of its limitations and look forward to more deeply incorporating contextual elements into my broader research agenda. This is one of the reasons I applied for the position at the Mershon Center. I firmly believe that we can only come close to understanding and addressing a problem by bringing together teams of scholars with different perspectives. I plan to learn as much as I can from all of you at the Mershon Center so that we can produce better, more informed research that will ultimately help people live safer and happier lives.

I also believe that we are on the precipice of seismic shifts in human security as our socio-ecosystems are undermined by climate change and the spread of misinformation. I feel that much of my work here at OSU will be to harness advances in thinking and technology in order to more efficiently and efficaciously produce research that will be useful to decision-makers. I’m not entirely sure what that will look like, but I look forward to finding out.

How is it helpful to you to be part of an interdisciplinary center? And how do you hope to contribute to that?

My PhD is in Public Policy, which is inherently interdisciplinary, as I was trained by economists, operations researchers, sociologists, political scientists, and others. My involvement in NCOVR let me to a career as a criminologist, which is also inherently interdisciplinary. I understood very early in my career that no single discipline has the power to solve any specific problem on its own. In order to understand a problem, we need to look at it from many perspectives. Meetings at NCOVR, and later at START, were very exciting because each new speaker would crack open different windows of ideas that unleashed vast amounts of research potential for future collaborators. In fact, the government action project mentioned above (GATE) began as political scientist Erica Chenoweth and I brainstormed in a lunch line during the 2008 annual START meeting. Had we not by chance been standing near each other that day, GATE might not have happened. More importantly, had START not held such vibrant annual meetings, GATE definitely would not have happened. When I interviewed with Mershon last fall, the underlying theme I took away was that scholars felt lucky to be at Mershon because of all they learned from the other Mershon affiliates and guest speakers. Early in the application process, I skimmed through the list of Mershon affiliates and was thrilled to see experts in theatre and folklore next to those in more typical disciplines of history, political science, and sociology.

My own research findings have implied that traditional violence reduction strategies more often make things worse when they are used to control terrorism. Competing interests often fuel ongoing terrorist violence by entrenching political leaders who promote “get tough” policies, motivating those targeted by those policies to join the fight. Solutions to this conundrum are likely found outside the more typical dyadic models, by involving those who are on the losing end of this toxic dynamic—the constituencies and the broader public. Solving this complex puzzle requires the involvement of more disciplines. When economists, historians, and political scientists work with artists, humanitarians, and others, new perspectives open up that can lead to innovative solutions.

In short, I am thrilled to be a part of the interdisciplinary Mershon Center as the Mershon Professor of Human Security. I restate my title here because its broadness feels like an affirmation for my contribution. To me it means that my research is not defined by its disciplinary boundaries. In my research analyses, I no longer need to have violence or crime as my dependent variable if other outcomes are more salient to the investigation. Of course, regardless of how winding my future scholarly paths may be, my contribution will always include the systematical rigor required for thoughtfully collecting and analyzing new and relevant empirical data.

What are you most looking forward to with moving to Columbus?

Since I was asked to answer these questions, we had quickly moved to Columbus, as the housing markets in both cities required our family to act faster than expected. However, so far Columbus has proven to be as good as, or even better than, we anticipated. I had lived in the D.C. area for nearly twenty years, and my wife and I were both looking forward to slowing things down a little. Most people in D.C. are always busy, rushing to their next appointments and battling traffic, which requires much planning for spontaneous connections with friends. It is tiring. Add a pandemic to the mix and we realized just how much we were yearning for easy connections with good friends. While moving to a city seven hours away might not seem like an obvious way to make easy connections, we were fortunate enough to find a neighborhood where people spontaneously strike up engaging conversations along the street. Collective efficacy is alive and well here, and the contrast between this and our Maryland neighborhood couldn’t be starker. When I left Maryland, our neighbors and I lamented on how we felt from the beginning that we would become good friends, but just didn’t have enough time to make that happen. The night I pulled into our new neighborhood with my cat, the next-door neighbors invited me over for ice cream and wine (the family and dog were coming the next day). Other neighbors joined us, and we had deeply personal conversations about the nuances of life. They didn’t seem to mind that our cat, Meira, was already stalking the local prey using their garden as cover; whereas, I’m pretty sure that our neighborhood listserv in Maryland was referring to Meira in their ongoing complaints about local cats.

What is something most people don’t know about you?

A few Google searches might reveal that I’m married to an awesome historian of public health, Marian Moser Jones, who is also starting at OSU in the College of Public Health and History Department. You might even discover through Google that we have a lively and loving four-year-old daughter who keeps us on our toes. So, instead, I will share what most people in my professional world do not know about me. I have been a student of Tarot for more than twenty years. Please know I am not and have never been a fortune-teller. However, I do find Tarot to be a useful tool to help people gain personal insight into patterns of thought and behavior that might have otherwise remained unconscious. I am also intrigued by the many archetypes and symbols that have transcended time and place, suggesting a persistence in core streams of human behavior independent of context. I continue to collect Tarot decks of all sorts and hope to spend more time doing readings.