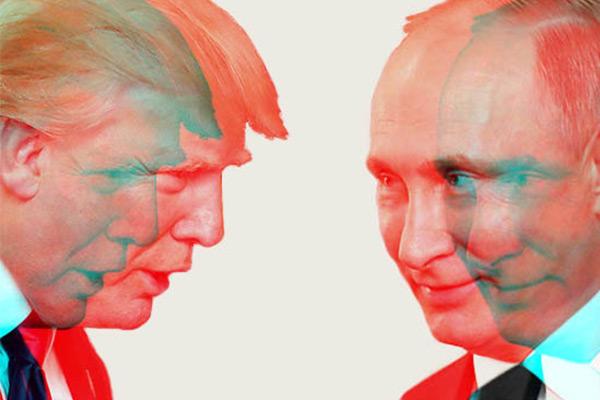 Mershon Center’s Olga Kamenchuk says the findings may explain why congressional Republicans are shifting attention away from the Kremlin.

According to Kamenchuk, not long ago, being associated with anyone in the Kremlin was politically damaging in the United States.  So when former member of the National Security Council Fiona Hill (and others) have accused Republican congressional leaders of adopting Russian president Vladimir Putin’s talking points, why do so many in the GOP seem unconcerned?

Part of the answer, Kamenchuk says, may be Putin enjoys a better reputation in the United States than often realized.

On February 4, Kamenchuk, published findings from a recent study on the Washington Post’s Monkey Cage.  The article, co-written with Henry E. Hale of George Washington University, found that while a sizable majority of Republicans admire Vladimir Putin, Vladimir Putin’s supporters in Russia do not admire U.S. President Donald Trump in the same light.

Their study considered representative samples in the U.S. and Russian populations, with 1,600 people in each group distributed through pollsters YouGov in the United States and VCIOM in Russia.

The findings indicate 33 percent of the GOP is in broad agreement with Putin on international relations and 60 percent think he is an overall good leader for Russia. In the so-called U.S. “red states” historically voting  Republican, the percentage is even higher.

In Russia the researchers find, only seven percent tend to support Trump’s view on world affairs, with one percent fully in agreement.  However, 51 percent think Trump is at least a moderately good leader for the U.S. Praising Putin, the study contends, does not appear to be winning Trump friends in Russia.

To find out more information, check out the article on the Washington Post Monkey Cage at HERE.