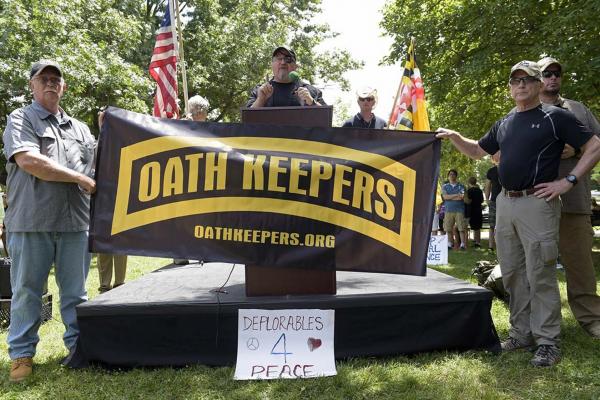 This article was originally published on Jan. 19, 2022 for the Washington Post's Monkey Cage blog.

Over the past year, white supremacists have been arrested, charged and put on trial for their part in the Jan. 6 assault on the U.S. Capitol. Many who protested that day may not have identified as white supremacists, but they were, at a minimum, willing to make common cause with these groups, whose rhetoric, flags and symbols were hard to miss both in the preparation for the “Stop the Steal” rally and on-site.

Some people think of white supremacy as violent actions against people of color that reside in our distant history. But the past several years have seen a surge of white-supremacist violence such as the killings at Emmanuel African Methodist Episcopal Church, the Tree of Life synagogue, and the Unite the Right Rally. White-supremacist ideas also manifest in mundane public policies about such issues as policing, housing and more.

But despite increasing white-supremacist violence, including the Jan. 6 insurrection, our research finds that some Americans are less concerned about these kinds of attacks than similar activities from groups with different motivations. This seems particularly true for Republicans. We wanted to understand why.

When asked directly for their attitudes about white supremacy, people’s answer can be misleading. Even people who are unconcerned about or sympathetic to white-supremacist ideas know that tolerance for it is socially unacceptable.

To avoid this problem, we investigated tolerance for white supremacy by presenting 1,574 people with descriptions of extremist violence and asking them how concerned they were. We found our participants through Lucid’s online opt-in panel. While this was not a nationally representative sample, our subjects were 36 percent Democrats and 30 percent Republicans, close to national proportions of each, and included 47 percent men and 53 percent women, which is similarly close.

How we did our research

We had respondents read 10 sets of randomly paired scenarios of violent extremism and asked them which worried them most. In three sentences, we presented four pieces of information: the name of the attacker, their citizenship, the target, and the motive. Perpetrators were said to be associated either with the Islamic State, white supremacy, antifa, or given no motive at all. The attributes created 68 scenarios that were randomly paired. Respondents ended up making more than 15,000 decisions about which scenarios they found more concerning.

Since our participants were choosing between two scenarios, we could conclude that any characteristic selected 50 percent of the time did not affect participants’ level of concern. We could conclude that they were more concerned with characteristics selected more than 50 percent of the time and less concerned with those selected less often.

So who is — and is not — actually worried about white-supremacist violence? Both Democratic and Republican participants were least concerned about random violence with no motive; respondents from both parties picked it less than 40 percent of the time. Democrats and Republicans were both most concerned about attacks motivated by the Islamic State, selecting these as more worrisome more than 60 percent of the time.

In other words, Republicans found violence by antifa more troubling than white-supremacist violence. That’s true even though, in recent years, antifa activists haven’t hurt many people, while white-supremacist attacks have repeatedly been deadly.

Why are Republicans less concerned about white supremacy?

Several typically Republican attitudes were associated with less concern for these attacks, but one mapped almost perfectly onto the partisan divide over white supremacy: immigration.

In addition to asking them to choose their concern in the pairings, we asked our participants about their attitudes on a host of issues, including whether “recent immigration into this country has done more harm than good.”

Agreeing or disagreeing with this statement didn’t affect respondents’ lack of concern with random violence. Similarly, that belief did not alter their concerns about Islamist terrorist attacks.

The risk of another Jan. 6?

A year after Jan. 6, Republicans remain significantly less concerned with white-supremacist violence than Democrats or independents. Moreover, we find that this partisan divide over white supremacy maps almost perfectly onto a central theme of the Republican platform: that immigration is bad for America.

Of course, our findings can’t tell us whether Republican politicians are creating biases among their party’s base or whether racism and xenophobia within the base is encouraging Republican anti-immigration rhetoric. What we can say is that many Republicans and many of those who oppose immigration are not particularly concerned about the terrorist threat posed by white supremacists. Violence like what happened at the Capitol last year may worry the FBI, but it’s not a concern for a significant proportion of Americans.