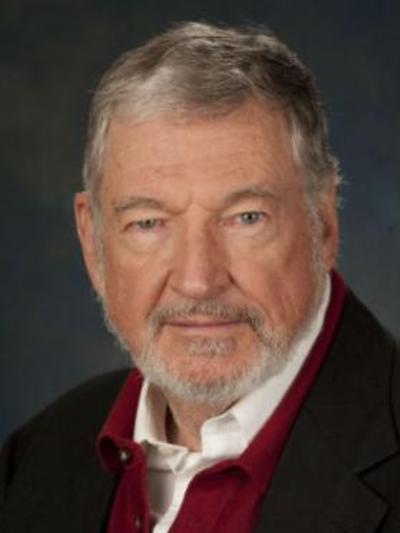 John Mueller is Woody Hayes Senior Research Scientist at the Mershon Center for International Security Studies, and adjunct professor of political science at The Ohio State University. He is also a senior fellow at the Cato Institute in Washington, D.C.

Mueller is currently working on terrorism, particularly the reactions and costly over-reactions it often inspires. On this topic he was written three books with risk analyst Mark Stewart: Are We Safe Enough? Measuring and Assessing Aviation Security (Elsevier, 2017), which explains how standard risk and cost-benefit analysis can be applied to aviation security; Chasing Ghosts: The Policing of Terrorism (Oxford University Press, 2016), which examines efforts by police and intelligence agencies to follow up on over 10 million tips about terrorism; and Terrorism, Security, and Money: Balancing the Risks, Benefits, and Costs of Homeland Security (Oxford University Press, 2011), which applies cost-benefit analysis to issues of homeland security.

Mueller's 2010 book, Atomic Obsession: Nuclear Alarmism from Hiroshima to Al Qaeda (Oxford University Press), suggests that atomic terrorism is highly unlikely and that efforts to prevent nuclear proliferation frequently have damaging results. He has also written Overblown: How Politicians and the Terrorism Industry Inflate National Security Threats, and Why We Believe Them (Free Press, 2006). The New York Times called the book "important" and "accurate, timely, and necessary."

Another book, War and Ideas: Selected Essays, was published in May 2011 by Routledge. He is also the editor of a set of case studies, Terrorism Since 9/11: The American Cases, first published as a webbook in 2011 by the Mershon Center and updated and expanded each year since. With Christopher Preble, he is the editor of A Dangerous World? Threat Perception and U.S. National Security, published by the Cato Institute in 2014.

Mueller is the author of a multiple-prize-winning book analyzing public opinion during the Korean and Vietnam Wars, War, Presidents and Public Opinion (Wiley, 1973), "a classic" according to the American Political Science Review), and winner of the Warren J. Mitofsky Award for Excellence in Public Opinion Research given by the Roper Center for Public Opinion Research. Mueller's book Retreat from Doomsday: The Obsolescence of Major War (Basic Books, 1989) deals with changing attitudes toward war. In a front page review in the Washington Post, McGeorge Bundy commented, "Mueller makes you think, and his method of argument combines fresh insights with trenchant prose in a way that makes thoughtful reading agreeable."

Mueller has also published Policy and Opinion in the Gulf War (University of Chicago Press, 1994) and Quiet Cataclysm: Reflections on the Recent Transformation of World Politics (HarperCollins, 1995). His Capitalism, Democracy, and Ralph's Pretty Good Grocery was published in 1999 by Princeton University Press. In his review in The Weekly Standard, David J. Silver writes, "Mueller's provocative book deserves a wide audience. … Mueller writes sharp, brisk, and witty prose that is unfailingly lucid."

Mueller's book about international and civil wars, The Remnants of War (Cornell University Press, 2004), winner of the Joseph P. Lepgold Prize for Best Book on International Relations from Georgetown University. Writing in The New Republic, Gregg Easterbrook called it "brilliantly original and urgent." Retreat from Doomsday, Quiet Cataclysm, and War, Presidents and Public Opinion have recently been reprinted.

He has appeared on television on The O'Reilly Factor, The Daily Show with Jon Stewart, Hannity and Colmes, Nightly Business Report on PBS, The National on CBC, and 20/20 with John Stossel, and on radio on The Michael Medved Show and on NPR's On Point and All Things Considered. He has been a visiting fellow at the Brookings Institution and the Cato Institute in Washington, D.C., the Hoover Institution at Stanford University, and the Norwegian Nobel Institute in Olso.

Mueller is a member of the American Academy of Arts and Sciences, has been a John Simon Guggenheim Fellow, and has received grants from the National Science Foundation and the National Endowment for the Humanities. He has also received several teaching prizes, and in 2009 received the International Studies Association's Susan Strange Award that "recognizes a person whose singular intellect, assertiveness, and insight most challenge conventional wisdom and intellectual and organizational complacency in the international studies community." In 2010, he received Ohio State University's Distinguished Scholar Award. He was also selected for the Playboy Honor Roll of 20 Professors Who Are Reinventing the Classroom in October 2010.