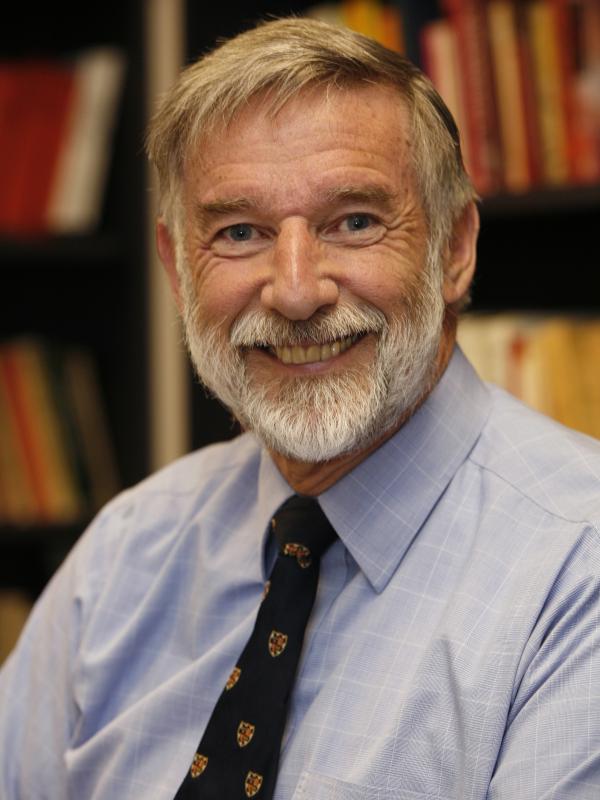 Geoffrey Parker studies the social, political and military history of Europe between 1500 and 1650, with special reference to Spain and its empire. He is author, editor, or co-editor of 37 books and more than 100 articles and book chapters.

Parker's most recent book is Imprudent King: A New Life of Philip II (Yale University Press, 2014), which includes much previously unknown material from a cache of 3,000 documents written by or to Philip that he recently found and cataloged at the Hispanic Society of America.

Parker is also author of  The Global Crisis: War, Climate, and Catastrophe in the 17th Century (Yale University Press, 2013), concerning the climatically-induced crisis that created acute political, economic, intellectual and social upheaval all round the globe, causing the premature death of around one-third of the human population. Although not the first such worldwide crisis, it is both the most recent and the only one for which plentiful records survive.

In 2014 the Society for Military History awarded The Global Crisis its “best book” prize, and the British Academy awarded the book one of its “medals” that recognize “a landmark academic achievement in any of the disciplines supported by the Academy, which has transformed understanding of a particular subject or field of study.”

Parker's best-known book is probably The Military Revolution: Military Innovation and the Rise of the West, 1500-1800, first published by Cambridge University Press in 1988 and winner of two book prizes. An expanded edition came out in 2002, with Chinese, French, Italian, Japanese and Spanish translations. He plans to publish a third, thoroughly revised edition.

Parker's first book was The Army of Flanders and the Spanish Road: The Logistics of Spanish Victory and Defeat in the Low Countries Wars, 1567-1659 (1972; revised edition 2004), based on his Ph.D. thesis. This book tried to explain why Spain – the only western superpower of its day – failed to suppress the Dutch Revolt.

In 2012 the Royal Dutch Academy of Sciences awarded Parker the biennial Heineken Prize for History, open to scholars in any field and any period from any country. Parker was named University Distinguished Professor at The Ohio State University in 2007, and won the Alumni Award for Distinguished Teaching in 2006. He is also winner of the Society for Military History's Samuel Eliot Morison Prize for work in military and naval history.