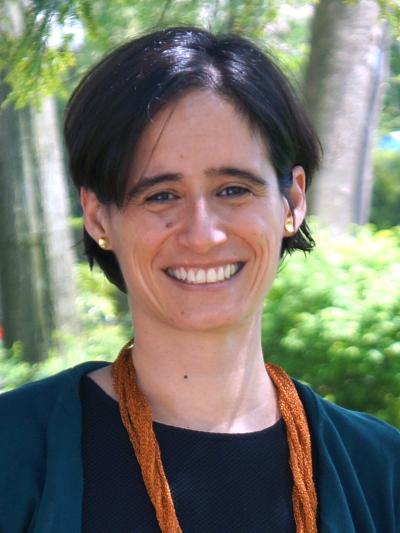 Cosmopolitanism is the idea that all human beings, regardless of political affiliation, are or can be citizens in a single community. Originating with Greek and Roman thought, cosmopolitanism was expressed most famously in modern times by philosopher Immanuel Kant, whose Toward a Perpetual Peace (1795) argued that worldwide peace is possible only when states organized themselves internally through representative government and externally through a voluntary league of nations that respects the rights not only of their own citizens but also of foreigners.

The literature on political theory explicitly or implicitly focuses on three periods of internationalism in the 20th century as formative of a cosmopolitan sphere: the founding of the Parliament of Nations at the turn of the century, the League of Nations after World War I, and the United Nations after World War II. The Cold War is seen as a brief hiatus in the gradual fruition of the cosmopolitan public sphere.

In her book project, Inés Valdez puts forward a novel notion of cosmopolitanism through a joint reading of Kant and W.E.B. Du Bois, critiquing the historical genealogy and normative insights of the political theory of cosmopolitanism from a transnational perspective in two ways. First, Valdez argues that the grounding of cosmopolitan literature in Kant’s framework is misguided because it is compromised by the Eurocentric origin of Kant’s critique of the international injustice of colonialism.

Second, through the writings of Du Bois, Valdez theorizes an alternative internationalism that blossomed after the First World War, characterized by a flurry of transnational activity the connected oppressed groups in the West and non-West, putting the fight against racism in the United States in the context of anti-colonialism. These actions are more genuinely cosmopolitan than the Parliament of Nations, League of Nations, or United Nations, all of which brought together Western imperial states but excluded the majority of the non-white world, Du Bois says.

By using Du Bois to critique Kant, Valdez is able to make three points about the literature on cosmopolitanism. First, Du Bois’s theory of the transnational has the effect of decentering elite Western subject from its privileged position as the agent working toward cosmopolitan justice.

The focus on non-Western transnational connections also provides an alternative to seeing global politics through the establishment of all-encompassing organizations. Instead, transnational spaces of politics inaugurated by the oppressed offer more democratic notions of global justice than, say, multilateral organizations.

Finally, focusing on the transnational politics of the oppressed shows that reframing the conversation on cosmopolitanism as political rather than moral can raise questions of power, domination, and racial hierarchy, whose understanding are crucial for attaining justice.

Valdez’s project makes substantive contributions to two extensive literatures in political theory, those concerned with Kant and Du Bois’s political thinking. Regarding Kant, Valdez offers a novel interpretation of Toward a Perpetual Peace by examining the history of the colonial locales that Kant mentions in the cosmopolitan section of this essay. When the essay is read alongside the intra-European competition that characterized the locales that Kant mentions, it becomes clear that Kant’s opposition to colonialism in 1795 is predominantly concerned with peace in Europe, rather than with a genuinely egalitarian critique of colonial oppression, or a not a change of heart regarding Kant’s hierarchical beliefs about race and civilization.

Valdez’s work also illuminates a set of Du Bois’s writings that are neglected by political theorists: his work on internationalism of the post-First World War period. While Du Bois is usually seen as a democratic theorist, Valdez sheds light on Du Bois as a scholar of transnationalism, a lens that leads to the transformation of Du Bois’s notions of race, double consciousness, and political subjectivity in ways that bear on the cosmopolitan normative project.