A Comparative Study of Herder-Farmer Conflicts in West Africa

A Comparative Study of Herder-Farmer Conflicts in West Africa 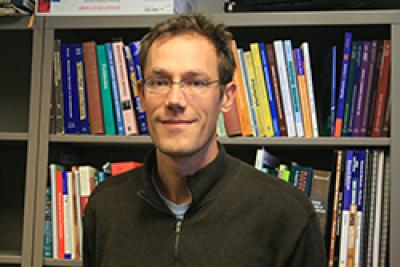 In Toda, Niger, in 1991, a mob of angry farmers attacked herders in several villages, killing over 100 people.  Eleven years later on the Jos Plateau in Nigeria, tension between Muslim herders and Christian farmers resulted in the destruction of several villages, the deaths of hundreds of people, and the creation of 20,000 refugees.  And on the border between Senegal and Mauritania, conflict between farmers and herders in 1989 brought the two countries to the brink of war.

These are examples of conflict between herders and farmers in West Africa that escalated into widespread violence between communities.  Yet such conflicts – which almost always start when a herder's cattle wander into a farmer’s cropland – occur every day across West Africa and are usually settled peacefully.

Mark Moritz wanted to understand why some conflicts between herders and farmers in Africa escalate into widespread violence between communities while most do not.  To do this, he is analyzing 29 case studies of herder-farmer conflict under different conditions with different outcomes.

By identifying the conditions most likely to lead to violence between herders and farmers, Moritz's research can inform policy recommendations that apply not only to Africa, but to other ethnic and economic conflicts around the world.

Moritz started with three variables identified by scholars as most likely to lead to conflict:

Moritz also developed a fourth variable: the behavior of the participants in the conflict itself.  Did they engage in confrontational behavior that could escalate the conflict into violence?  Or did they try to reach a compromise before the conflict spun out of control?

In a preliminary analysis, Moritz found that confrontational behavior was enough to escalate conflict under two conditions: if no institutions such as courts or police were in place to deal with the conflict, or if herders and farmers had no economic relationship.  If institutions were functioning, and if farmers and herders were economically interdependent, conflicts did not turn violent.  Surprisingly, scarcity of land resources had little bearing on whether or not conflicts escalated into violence.