The Concept of Time in the Koran

The Concept of Time in the Koran 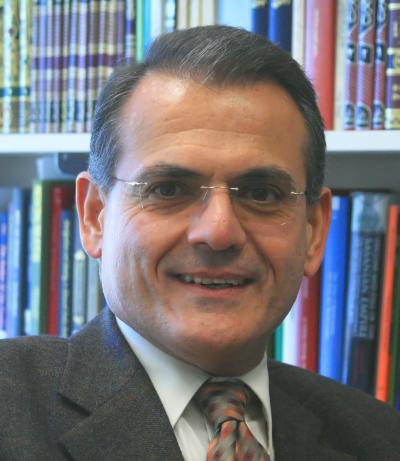 Georges Tamer has spent his career studying philosophy and Arabic and Islamic literature and culture.  Recently, he made an important discovery: Many of the images used to describe time in the Koran were also used not just in pre-Islamic Arab society, but also in ancient Greece and late antiquity.

Tamer’s finding is evidence that Islam has its roots in Hellenism, which is also at the root of Judaism and Christianity.  As he puts it, the Islamic and Judeo-Christian traditions are different branches of the same tree.  This idea allows scholars to think of Islam not as a break from Hellenism, but as a continuation of it.

In the Koran, one way time is described is as God actively intervening to turn night into day and day into night.  This means time is completely subjected to God’s will.  This idea is a contribution to the development of the doctrine of predestination in Islam, Tamer argues.  Muslims also point to the idea of God "turning" time in the Koran as a revelation of the Earth’s rotation to Muhammad centuries before the natural sciences became aware of this fact.

Tamer traces five verbs used in the Koran to describe God's active rotation of night and day: to intrude, to cover, to skin, to turn, and to wrap the turban. These verbs represent concrete actions common in pre-Islamic Arab society, showing not just God’s actions in relation to time, but also the historical context in which the Koran was written.

The Arabic concept of dahr, or endless time, also corresponds to the Greek concept of aion, which was personified and given power over human life.  Both represent a cyclical concept of time which proceeds continuously, irreversibly affecting human fates.

In this book project, Tamer plans to explore the perception of past, present and future in the Koran, and to study how worldly time is related to the Hereafter.  He will also ask whether the Koranic concept of time corresponds to the idea of Islam as "submission" or "subordination," and how far it allows for freedom of will.  Finally, Tamer will discuss how the concept of time influences the political behavior of Muslims.

Tamer’s research is important for another reason: it subjects the Koran to hermeneutical analysis, based on historical-critical studies.  Because Muslim scholars see the Koran as a divine revelation, they traditionally do not analyze it in this way.  Tamer makes no comment as to the divine nature of the Koran – he sees that as a matter of faith, not scholarship – but does want to understand its text and context.

By understanding the historical context of the Koran, Tamer argues, we can better understand not only Islam, but how it relates to Judeo-Christianity.  This can help us in structuring lines of communication between different cultures as well as religious and ethnic groups.