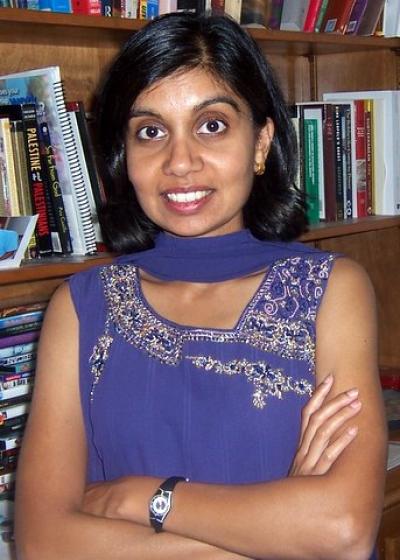 Since the 19th century, Westerners have imagined India as teeming with overpopulated masses.  Yet the rate of population increase was lower than in Europe and North America, and the country did not record notable population growth until the census of 1931.

In this book project, Mytheli Sreenivas examines this disconnect between perception and fact, arguing that overpopulation was not a neutral category but a politically fraught concept that underpinned claims of power, privilege and citizenship.

Sreenivas focuses on three areas in South Asian history where population emerged as a target of social, political, and economic concern:

Famine.  Famines occurred throughout the colonial period in India.  Some colonial officials argued famine was a Malthusian check against overpopulation, leading them to offer minimal relief.  Indian nationalists blamed hunger on colonial mismanagement; even so, they cited concerns about population quality.

Reproduction.  Debates about women's age of marriage, enforced widowhood, and female infanticide emerged in the late colonial era.  By the 20th century, many were advocating contraception and even abortion.  Fears of overpopulation underpinned this campaign, shaping broad questions of gender politics.

Policies and programs.  Overt attempts at population control began after Indian independence.  The Nehru government emerged at the forefront of government intervention in population control.  These programs garnered significant international aid, even when they used controversial methods such as IUDs and sterilization.

Throughout this project, Sreenivas examines how population politics in the postcolonial era drew from paradigms developed under colonial conditions.  To what extent did colonial-era debates reverberate after 1947?  Did claims about India’s "teeming masses" developed when India was a colony change after it gained independence?  Did nationalist critiques in during the colonial era also challenge concepts of overpopulation?

Sreenivasss project will make a contribution to debates in South Asian history, the transnational flow of ideas over time, and feminist analysis of reproductive politics.