Cultivating the Masses: Soviet State Intervention in its International Context, 1914-39

Cultivating the Masses: Soviet State Intervention in its International Context, 1914-39 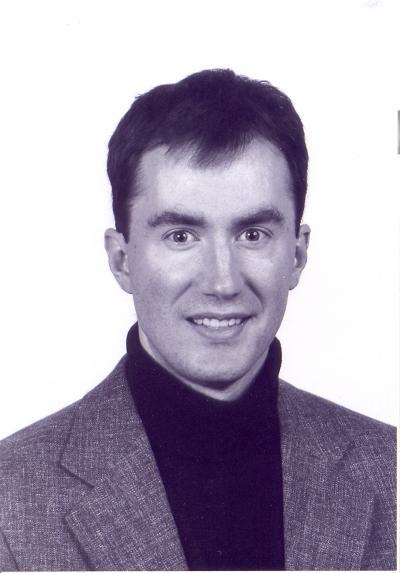 The Russian Revolution, which seemed to promise liberation and equality for all people, resulted not in a Communist utopia but rather a Stalinist dictatorship, complete with collectivization, bloody purges, and unprecedented state intervention.

How do historians explain these events?  Most attribute Soviet policies to things unique to Russian and Soviet society, such as the Marxist ideology, autocratic political traditions, or Stalin's personality.

Mershon associate and Professor of History David Hoffmann, however, sees Soviet state interventionism not as unique but as an integral part of world history.

In his book Cultivating the Masses: Soviet State Intervention in its International Context, 1914-39, under contract with Cornell University Press, Hoffmann argues that the Soviet system was one response to a challenge facing all European countries after World War I – how to prepare and mobilize the population for mass warfare.

During this period, Hoffmann argues, the driving force for social policy across Europe, was World War I the first global war with 40 million casualties.  After the war, many countries enacted policies meant to create a large, physically fit, and politically reliable population.  The goal was to build up vast reserves of military manpower.

The end of World War I was a formative moment in Soviet history because it occurred at the same time as the Russian Revolution.  While in other countries state interventionism after the war was constrained by a pre-existing order, it took on an extreme form in the Soviet Union as wartime policies became the building blocks of a new society.

Hoffmann's book has five chapters.  The first examines new forms of social science and medical knowledge that led reformers to see the population as an entity to be studied and managed.  It also looks at why, given the rise of mass warfare, such management was increasingly taken on by the state.

Chapter Two looks at the highly centralized Soviet public health system, which treated disease as a social rather than individual problem.  While this perspective might appear to be a product of socialism, Hoffmann argues it was common across Europe and was more a product of medical knowledge at the time.

Chapter Three discusses attempts to control reproduction, as the state outlawed abortion and offered financial incentives to women to have children.  Hoffmann argues that such practices were common across Europe, reflecting a new form of population politics.  Where the Soviet Union differed was in emphasizing women's role in the workforce.

Chapter Four looks at surveillance and propaganda.  Although many European countries practiced surveillance during World War I, Hoffmann argues that in the Soviet Union this wartime practice expanded to become a permanent feature of government.

Chapter Five examines excisionary violence, or state attempts to remove segments of the population considered harmful to the whole. Deportations and internments were used across Europe during World War I, Hoffmann argues.  The Soviet Union differed in that it used these methods to refashion society during peacetime.  Thus, the scale and objectives of Soviet state violence were far more extreme.