How Does Conflict Between Nations Impact Management Decisions?

How Does Conflict Between Nations Impact Management Decisions? 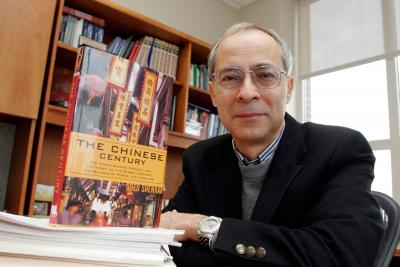 Business decisions are supposed to be rational. Before investing company resources, managers are supposed to look at the numbers, weigh the risks, consider the returns, and make a calculated decision on whether and how to proceed.

But in the real world, that’s often not how it works. Managers are, after all, human, and sometimes allow emotions to influence their choices.

One area where this can happen is in decisions about investing in other countries -- especially if that country is locked in conflict with the manager’s own. Animosity between nations can affect corporate decisions on whether to do business with companies in another country, and if so, how to structure business relationships.

Despite the importance of international relations to the overall business climate, international business scholars have rarely examined this as a factor in management decision making. Instead, it is usually considered an “exogenous factor” or “uncertainty.”

Such marginalization of foreign affairs in business scholarship presents a problem when conflicts results in trade restrictions or boycotts. What’s more, animosity between nations can last for generations, exerting a continuing influence over business climate.

In order to study how foreign affairs affects business decision making, Oded Shenkar and Ilgaz Arikan have undertaken an ambitious project: They aim to integrate data from political science, international relations, and area studies with scholarship from international business.

Specifically, Shenkar and Arikan have created a large dataset that includes measures international conflict, economic conditions, and business transactions such as joint ventures, acquisitions, and cooperative agreements for hundreds of corporations, as well as information about the managers working in them. Over 350 corporations in 200 countries are included.

To analyze such a large dataset, Shenkar and Arikan are focusing on country dyads, examining factors that can influence business decisions such as political and military alliances, trade bloc memberships, and longstanding conflicts. The object is to see how these factors correlate to decisions by managers of corporations doing business in the other country.

While anecdotes provide evidence for the influence of international relations on business -- for example, the drop in sales of French products in the United States after France expressed disapproval for the Iraq War -- no one has attempted to study this in a comprehensive way.

Shenkar and Arikan hope not only to contribute to widening the interdisciplinary nature of international business scholarship, but also to create a dataset useful for scholars to come.