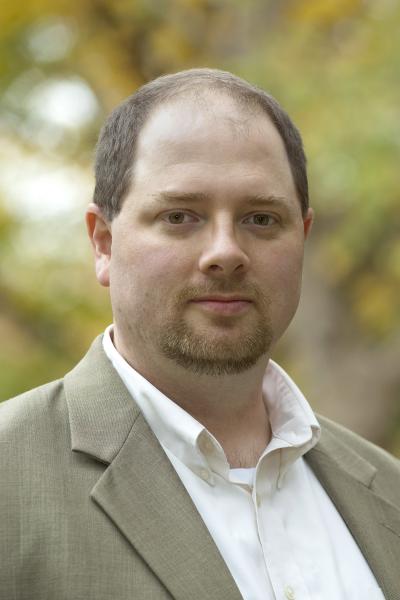 Does increased TV news coverage of an Islamic threat lead to support for limiting the civil liberties of Muslims? Two lines of research by Erik Nisbet suggest the answer is yes.

In the first study, Nisbet and graduate student Elizabeth Stoycheff worked with Survey Sampling International to conduct a national online survey of 800 participants to find out their attitudes toward Muslim Americans, policy preferences, and news consumption habits.

Several weeks later they presented experimental groups of participants with one in a series of simulated news stories about a material threat to physical or economic security or symbolic threat to ingroup culture and values. Among the fake news stories were:

A fourth control group got no simulated news story, and all groups were resurveyed to see whether their attitudes had changed.

Results were striking. Nisbet and Stoycheff found that endorsement of negative Muslim stereotypes rose significantly for those who had read a simulated news story than for the control group -- even those who had read the story in which the terrorists were not identified.

Moreover, the more participants paid attention to news about terrorism -- especially TV news -- the more pronounced the activation of negative stereotypes was. This activation in turn was associated with greater support for greater restrictions of civil liberties for Muslim Americans.

Nisbet found the same pattern of results while conducting a second survey that turned into a natural experiment featuring a very real news story -- the killing of Osama bin Laden.

In this study, Nisbet and colleague Michelle Ortiz were working with Cornell University to conduct a national telephone poll when bin Laden was killed on May 1, 2011, after two-thirds the 850 participants had been surveyed. This turn of events gave them a chance to measure the effects of a major news story about terrorism on attitudes toward Muslim Americans.

Survey responses changed significantly. First, those rating their consumption of news about terrorism, especially television news, as high rose 30 percent after bin Laden’s death. Even more striking, the number of participants who believed a terrorist attack on the United States was likely in the next few months rose from 1 in 6 to 2 in 5 -- an increase of 250 percent.

Nisbet and Ortiz found that while activation of negative attitudes toward Muslim Americans decomposed after a few weeks, they could be more easily re-activated in the future. Repeated news coverage of Islamic terrorism could make such attitudes chronic.

Results of the first study will be published in Public Opinion Quarterly(?), while results of the second are available at this link.