If it Bleeds, It Leads: Assessing Media Effects on Transnational Terrorism

If it Bleeds, It Leads: Assessing Media Effects on Transnational Terrorism 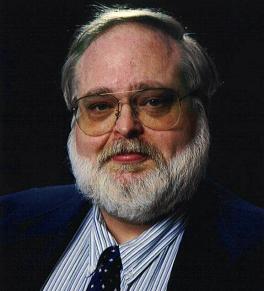 Crenshaw and Jenkins, however, see a flaw in this logic.  All the databases that list terrorist acts get their data from the mass media; therefore, these databases count only the acts of terrorism that the media happen to cover.  This means that media selection bias could skew the results of any research based on the data.

To address this flaw, Crenshaw and Jenkins propose a new way to measure the role of mass media in terrorist attacks.

First, to control for media selection bias, they look at total press capacity, or the total number of news stories originating in a country, whether these stories are about terrorism or not. By crossing this measure with the database of terrorist attacks, they can determine the extent to which the media emphasize terrorism in their reporting.

Second, to gauge access to a large audience, they measure Western media presence, or the number of Western press bureaus in a country.  By using both media indicators to explain terrorist attacks across nations, they can get a truer sense of whether terrorists are targeting a particular country because it has a large mass media presence.

Crenshaw and Jenkins are measuring press capacity to using two databases: the Protocol for the Analysis of Nonviolent Direct Action at Harvard University's Weatherhead Center, which runs from 1984-1994, and the Integrated Data for Events Analysis project, which covers 1990-2004.  They are also seeking data from the 1970s.

They are measuring the number of Western press bureaus in more than 200 countries using the Europa World Yearbook, which has data covering several decades.

Another preliminary result shows that once media presence is taken into account, democracies are no more or less likely to be sites for terrorist attacks than non-democracies.  This suggests the common notion that democracies are more prone to terrorism may be entirely due to press freedom and media coverage, a possibility that warrants more study.