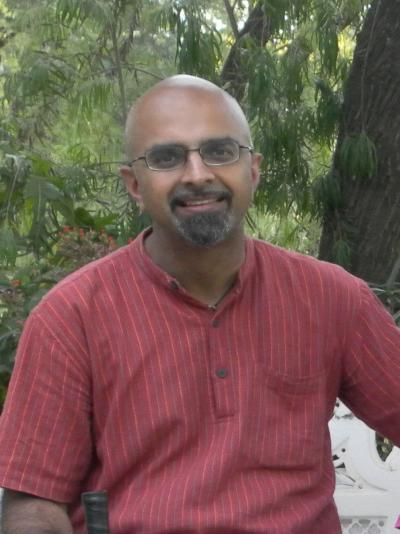 Much has been written about the impact of the Indian Revolt of 1857 on British identity. Beginning as a mutiny of sepoys, or Indian soldiers in the Bengal army of the British East India Company, the revolt quickly escalated into a widespread uprising against British rule in India.

The rebellion was marked by atrocities on both sides, with the British taking savage reprisals for the massacres perpetrated by the rebels. The yearlong insurrection resulted in the dissolution of the British Empire and establishment of the British Raj that ruled India for the next 90 years.

While historical and cultural studies of the 1857 revolt have typically told the story using British sources, few have examined its impact on Indian identity. That is what Pranav Jani set out to do in this ambitious book project, which traces evolving Indian representations of the revolt.

Jani has identified three phases of Indian representation of the 1857 revolt. From the mid-19th century to the 1905 partition of Bengal, a period of censorship and repression in colonial India, views of 1857 were marked by political pessimism and loyalism as indigenous elites were displaced. Letters, essays, newspapers and novels were dominated by the pro-British accounts of Bengali intelligentsia who, as Jani notes, formed the Indian National Congress in 1885.

The second phase from 1905 to independence in 1947 was characterized by tensions in the many strands of anticolonial resistance. Although the 1957 revolt was not central to these debates, it became a touchstone for differences over ideology and tactics. Radical nationalist V.D. Savarkar, father of modern Hindu fundamentalism, celebrated the bloodiness of the revolt, while nonviolence leaders such as Jawaharlal Nehru saw the revolt as man at his worst.

The third phase since independence in 1947 has seen tremendous growth in the scholarly understanding of the 1857 revolt even as mainstream media and politicians have made it a symbol of nationalist pride. Events around the 100th anniversary of the revolt celebrated it as a nationalist uprising, even as subsequent anticolonial resistance was portrayed as non-violent.

Of particular interest to Jani are representations of 1857 icons such as Rani Lakshmibai, who led the local rebellion in Jhansi. A famous painting depicts the queen riding into battle with her infant son strapped to her back, and she has achieved near mythic status in song, film and novels. Infamous in Victorian England as a sort of Indian Jezebel, Lakshmibai is now the subject of a TV serial which depicts her as a role model for independent and confident Indian women.

This is Jani’s second grant from the Mershon Center for this project. The first in 2010-11 allowed him to spend a year doing research at the Nehru Memorial Library and National Archives of India, as well as battle sites where the revolt has been memorialized. The 2012-13 grant supported research at the British Library and Imperial War Museum in London.