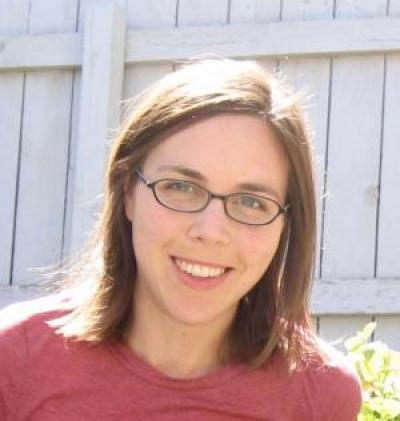 More than 28,000 people per day are forced to flee their homes because of conflict and persecution, with over 65 million forcibly displaced worldwide, according to the U.N. High Commissioner on Refugees. Disrupting the cycle of violence and promoting conflict resolution is a critical goal.

In this project, associate professor Lisa Libby and graduate student Micah Goldfarb are researching the effects of physical motion on perceptions of ingroup responsibility for intergroup conflict. Through this intervention, they hope to break the cycle of victimization by subtly increasing individuals’ feelings of collective responsibility for harms committed by their group, thus providing a nudge to be more open to compromise.

Feeling a sense of collective responsibility for the harms committed by one’s group is an important part of conflict resolution because it leads to positive outcomes such as support for apologies, reparations, reduced prejudice to the outgroup, and positive intergroup relations.

To experience collective responsibility for a group’s actions, an individual must identify as a member of that group and perceive that their group is responsible for causing harm. Failure to take responsibility for the transgressions of one’s group leads to defensiveness, which blocks conflict resolution.

Previous research by Libby and Goldfarb on perceptions of individual responsibility found that experiencing physical motion of the self through the environment (e.g., walking through an airport terminal), as opposed to experiencing motion of objects in the environment while the self remains stationary (e.g., waiting for luggage at a baggage carousel), has psychological consequences for how responsible people perceive themselves to be for interpersonal outcomes. People who experience self-motion vs. environment-motion judge themselves as more responsible.

For example, in a series of experiments, participants who experienced self-motion as opposed to environment motion in their current physical environments felt more responsible for unrelated transgressions they committed in the past. Thus, the experience of physical motion had significant psychological consequences.

Now Libby and Goldfarb are conducting experiments to see whether the effects of motion on interpersonal judgments extend to intergroup judgments. Their hypothesis is that individuals who experience self-motion as opposed to environment-motion will see the groups they identify with as more responsible for intergroup outcomes, making individuals more likely to accept collective responsibility for their group’s negative actions in intergroup conflict, and therefore more open to reconciliation.

In the first experiment, American undergraduates were randomly assigned to experience either self-motion or environment-motion. Then, they read a passage describing the United States’ dropping of the atomic bomb on Hiroshima during World War II and completed measures of collective guilt for this action, defensiveness, and support for apology and reparations. Self-motion (vs. environment-motion) led to greater collective guilt and, by extension, led to both a decrease in defensive justifications and an increase in support for apology and reparations.

A follow-up experiment explored the role that self-categorization as a group member plays in allowing individual experiences of motion to color perceptions of collective responsibility. Participants were randomly assigned to adopt a collective versus individualistic mindset before experiencing the motion manipulation (self- vs. environment-motion) from the previous experiment and making judgments of collective guilt, defensiveness, and interest in apology and reparations for a transgression committed by their group.

As expected, self-motion vs. environment-motion caused participants to report greater collective guilt and reparative intentions only when induced to take a collectivist mindset and therefore self-categorize as a member of the group that committed the harm. These results demonstrate that when people consider themselves as a proxy for the group, the experience of self-motion as opposed to environment-motion invokes the notion that one’s ingroup is generally more responsible for its actions, leading to important downstream consequences of greater collective guilt and reparative intentions for the group’s wrongdoings.

These findings suggest that the ubiquitous, yet oft overlooked, experience of physical motion could be a tool for helping to diffuse intergroup conflict and to disrupt the retaliatory cycle of violence. The next step in this research is to test this possibility by replicating the initial findings amongst individuals tied to groups that are engaged in ongoing conflict (e.g., Arab and Jewish Israelis). Such a result would demonstrate how subtle experiences of motion in people’s immediate physical environment could change causal interpretations of intergroup conflict, with global implications.