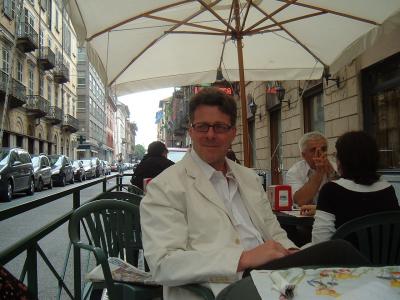 In Reconstructing the Cold War: Identities, Institutions and Interests in Moscow’s Foreign Policy Since 1945, Theodore Hopf is undertaking an ambitious project: a social constructivist account of the Cold War.

In writing this book, Hopf has several objectives. First, he wants to take advantage of Russian archives that have been opened to Western scholars over the past 15 years. This includes the work of Russian scholars, who have been writing about the Cold War since it began but whose work has not been previously available to scholars in the West.

Second, Hopf wants to write a social constructivist account of the Cold War that foregrounds the identity politics between the Soviet Union and others it dealt with in world politics, including the United States, Europe, China and the decolonizing world.

To do this, Hopf plans to recover the Soviet Union’s prevailing domestic identities from written sources such as novels, textbooks, and newspapers. He will then see whether these identities affect Soviet policy choices made in relation to other states.

Finally, Hopf hopes that his book contributes to debates on American foreign policy after the Cold War. Although history’s victors rarely examine their own strategies, Hopf hopes to perform just such a re-examination to identify such lessons for the United States.

Hopf will work on Reconstructing the Cold War in 2006-07 as a Senior Research Fellow at the Davis Center for Russian and Eurasian Studies at Harvard University.