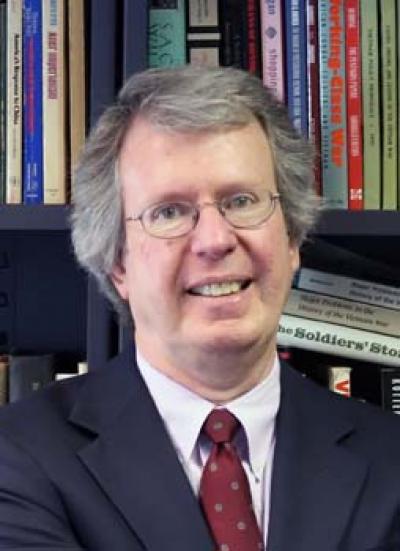 In this book project, Robert McMahon examines the role of fear and threat in American foreign policy from World War II to the U.S. invasion of Iraq. How important have perceptions of threat been to decision makers, and to what extent have these fears been deliberately exaggerated?

The book seeks to explain a paradox: Why has the United States, a global superpower, been so haunted by fears of its own vulnerability? Why have these fears persisted for so long even as the security environment has changed? Is this American fixation with threats to its safety unique?

McMahon will examine these questions through a series of six case studies, each centering on the U.S. response to a particular threat. The first looks at the debate from 1939-41 about whether the Axis posed a mortal threat to American safety or if domestic policy was more important. The interventionists won the debate with after the bombing of Pearl Harbor.

The last case study considers the national debate over the Islamic terrorist threat from Sept. 11 up to the invasion of Iraq. The nature of the threat was not self-evident, and McMahon’s account will emphasize contingency and the importance of individual actors in policy outcomes.

Other case studies include debates over:

In examining these debates, McMahon will draw on insights from constructivism, which holds that the concept of fear and threat are by their nature social constructions. However, he does not believe such constructions have no meaning outside of the concept itself. Rather, he sees them as rooted in external reality, but interpreted in very different ways by different actors.

None of the threatening states had the capability to invade, much less conquer, the United States. To understand how they still managed to engender such fear, McMahon will tease apart fear, a primal emotion, from threat, a rational calculation. In this way, his book will make a significant contribution not only to diplomatic history but to the emerging field of history of emotions.