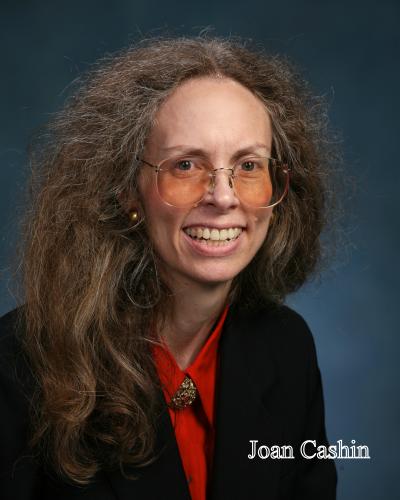 Was the U.S. civil war a "total war"? Most scholars believe it did not start out that way, but became a total war in the summer of 1862 when U.S. Gen. John Pope issued orders allowing union troops to live off the land, taking what they needed from Southern civilians.

In this book project, Joan Cashin disagrees with prevailing scholarship, arguing that the Civil War was from the beginning a total war, with troops from both militaries starting to confiscate large amounts of both food and timber from civilians as early as the spring of 1861.

Although both the U.S. Army and the Confederacy did poorly at feeding their troops early in the war, the North became more efficient at supplying rations as the war went on. Even so, some soldiers made freelance foraging raids, while other units were authorized to take food from civilians, Cashin argues. Yankee soldiers also destroyed farms to keep food from Southern troops. The result was widespread food insecurity, hunger and even starvation.

But Union troops weren’t the only ones forcibly taking food from Southern civilians, Cashin argues; Confederate troops did the same, as well as destroyed food to keep it out of the hands of the enemy. Southern civilians were shocked at such treatment from their own military, yet this foraging took place throughout the war. In 1863 the Confederate government passed a “tax in kind” allowing agents to seize food in lieu of taxes; the law was widely resisted.

Timber was another resource forcibly taken by both armies, which needed it to construct winter quarters, roads, weapons, and for firewood. Although the South had the nation’s largest reserves of pine and oak before the war started, Cashin argues, areas of sustained combat experienced rapid deforestation, leading to environmental degradation, death of wildlife, and soil erosion. Both sides also burned forests in an attempt to conceal their movements or fend off attack.

Cashin argues that Southern civilians reacted with shock and fury to the actions of both armies, writing letters, holding public meetings, rioting, or even shooting at troops. Civilians realized early on that both armies posed a direct threat to their own survival. Some civilians were imprisoned, and thousands became refugees when their own homes became unlivable. Yet while the image of the rampaging Union army lives on in historical memory, Cashin says, the destruction of resources by the Confederate army has been largely forgotten.

A grant from the Mershon Center allowed Cashin to travel to the National Archives in Maryland for three weeks to examine records from the U.S. Quartermaster General, Confederate Quartermaster Department, and U.S. Army Judge Advocate General.

Her book brings a fresh perspective to the study of the Civil War, examining military-civilian relations; environmental history; the history of food, agriculture and diet; and gender relations since soldiers often took resources from women managing farms while the men were at war.

The book also demonstrates how collective memory can be selective, as people who have suffered in war don’t always want to remember what their own soldiers did to them.