Ethics and Positionality in the Study of Marginalized Groups 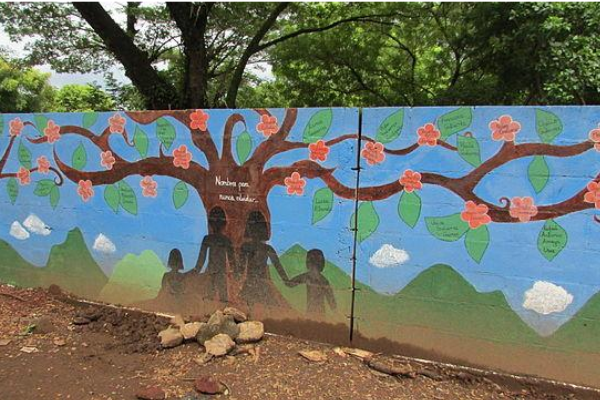 Social scientists working on topics like political violence, displacement, and poverty conduct research on those in marginalized positions. This discussion focuses on the implications of this relationship, highlighting the ethical dilemmas and duties that arise when studying marginalized groups.

**This event is by request only. Interested parties may reach out to Trey Billing at billing.22@osu.edu**

Kendra McSweeney is a professor of geography with primary interests in human-environment interactions, focusing on cultural and political ecology, conservation and development, resilience, demography, and land use/cover change.

Her current projects include a long-term study of indigenous livelihoods in eastern Honduras, an NSF-funded project on human-forest dynamics in southeast Ohio, and a research program that tracks the nature and implications of demographic change among Latin America's indigenous populations.

A 2012 grant from the Mershon Center supported McSweeney's research in Honduras, where she found that drug trafficking was significantly contributing to deforestation. This research became the basis for an article in the journal Science that was widely covered in the media. This has led to additional grant funds for research on the relationship between climate, environment, and drug trafficking in Central America, as well as recommendations for international drug policy reform.

McSweeney won the Alumni Award for Distinguished Teaching in 2005 and was named Joan N. Huber Faculty Fellow in 2019.

Shuman has been named a Guggenheim Fellow and fellow at Hebrew University Institute for Advanced Studies in Jerusalem. She received Ohio State's Alumni Award for Distinguished Teaching in 2016, Distinguished Scholar Award in 2015, and Distinguished Diversity Enhancement Award in 2014.

The Recovering from Violence research cluster is an initiative of the Mershon Center for International Security Studies at The Ohio State University. The cluster seeks to contribute to research and practice geared toward addressing genocide, crimes against humanity, widespread human rights violations, and other forms of collective violence. The cluster engages with conflict stabilization, transitional justice, human rights, development, collective memory, displacement, psychosocial wellbeing, peacebuilding, and reconciliation—guided by the firm belief that the impacts of violence are multigenerational and interconnected.  Research is conducted in collaboration with local stakeholders in communities affected by violence and, as such, continually assess research ethics and best practices for decolonizing scholarship.