Back to Crisis? Northern Ireland After Brexit – Discussion Recap

Back to Crisis? Northern Ireland After Brexit – Discussion Recap 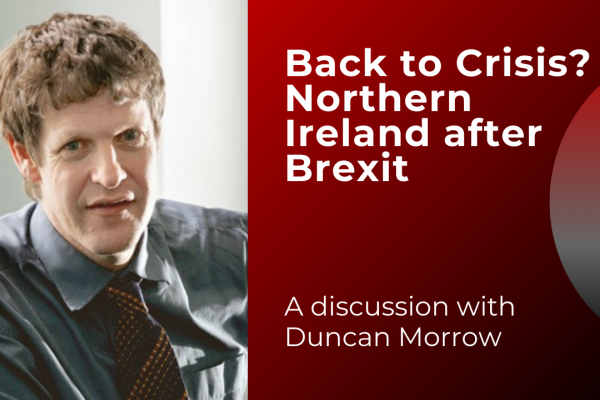 In recent weeks, community division and violence have re-erupted in Belfast and across Northern Ireland. These flareups are a result of several factors including legacies of conflict, rising tensions over post-Brexit trade rules, and worsening relations between the parties in the power-sharing Belfast government. Loyalist paramilitary groups have even announced to the British and Irish governments they are withdrawing support for the Good Friday (Belfast) Agreement in protest of Northern Ireland’s Irish Sea trade border with the rest of the UK.

On April 29, 2021, the Mershon Center for International Security Studies and the Moritz College of Law's Divided Community Project hosted Dr. Duncan Morrow for a discussion analyzing the convergence of dynamics generating turbulence on the island, constructive ways forward, and how lessons learned in Northern Ireland might be relevant here in the United States.

The event in its entirety can be seen below.