Mershon Fellow Argues the Stupidity of War in Newest Book

Mershon Fellow Argues the Stupidity of War in Newest Book 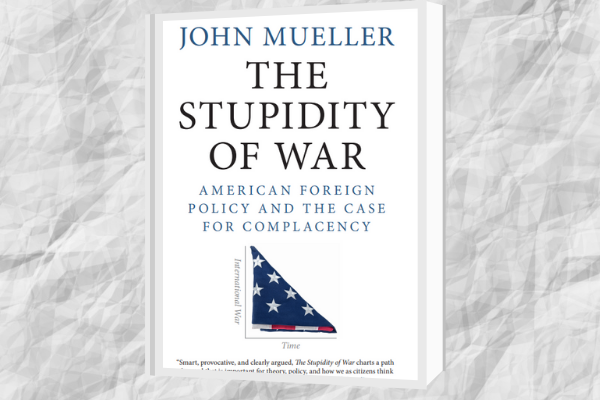 John Mueller, Mershon Center Senior Faculty Fellow, recently published his newest book "The Stupidity of War." In the book, Mueller argues with wisdom and wit rather than ideology and hyperbole that aversion to international war has had considerable consequences. There has seldom been significant danger of major war. Nuclear weapons, international institutions, and America’s role as a super power have been substantially irrelevant; post-Cold War policy has been animated more by vast proclamation and half-vast execution than by the appeals of liberal hegemony; and post-9/11 concerns about international terrorism and nuclear proliferation have been overwrought and often destructive. Meanwhile, threats from Russia, China, Iran, and North Korea, or from cyber technology are limited and manageable.

Unlikely to charm Washington, Mueller explains how, when international war is in decline, complacency and appeasement become viable diplomatic devices and a large military is scarcely required.

Accordion Header
About the Author