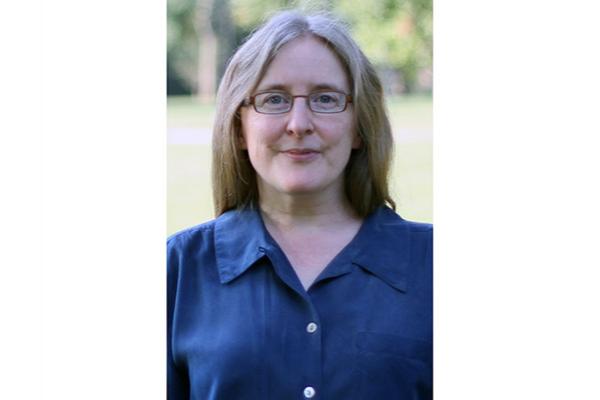 Dorothy Noyes, an Arts and Sciences Distinguished Professor in the Department of English and professor of comparative studies, has been named director of the Mershon Center for International Security Studies, effective July 1.

A renowned folklorist and ethnologist who has lectured and taught in more than 20 countries, Noyes was appointed a Mershon Center senior faculty fellow in 2020, and she is an affiliated faculty member of the Center for Folklore Studies, the Department of Anthropology, the Department of Germanic Languages and Literatures, and the Department of French and Italian. As director of the Center for Folklore Studies from 2005-2014, Noyes solidified the center’s reputation as one of the premier graduate folklore programs in the U.S.

“I'm honored to be entrusted with the leadership of the Mershon Center and grateful to its staff and Director Chris Gelpi for their hard work and ingenuity in making it vibrant through the pandemic,” Noyes said. “The Mershon Center was a pioneer in opening security studies conversations to the humanities and the arts. More recently, it has cultivated dialogue among theorists, area experts, policymakers and activists. We move back to life in person at a time when the complexity of global security challenges has never been greater.”

“I have had the pleasure of working with Dorry in various capacities over the course of her tenure at Ohio State,” said David Horn, interim executive dean of the College of Arts and Sciences. “I know how committed she is to interdisciplinary collaboration, and to making collisions of ideas productive. She will bring both vision and creative energy to the important work of security studies.”

Noyes’ scholarly expertise lies at the intersections of folklore theory and history, political and symbolic anthropology, and cultural transfer and process in international relations. A scholar of political ritual and the traditional public sphere in Europe, Noyes has written extensively on folklore theory and the international policy careers of culture concepts. She writes and publishes in English, French, Catalan and Spanish and is the author of Fire in the Placa: Catalan Festival Politics After Franco (University of Pennsylvania Press, 2003), Humble Theory: Folklore’s Grasp on Social Life (Indiana University Press, 2016) and Sustaining Interdisciplinary Collaboration: A Guide for the Academy (University of Illinois Press, 2017). Fire in the Placa won the 2005 Book Prize of the Fellows of the American Folklore Society.

“Dorry brings with her a long and deep history of engagement with the Mershon Center,” said Lisa Florman, associate dean of interdisciplinary studies and community engagement, and professor in the Department of History of Art. “The breadth of her own interests as well as her understanding of interdisciplinarity and how to foster it will serve the center well in this era when our sense of what does and ought to constitute security studies has expanded so dramatically.”

Noyes was elected a Fellow of the American Folklore Society in 2005, serving as its president in 2018 and 2019. In 2021, the American Folklore Society honored her with the Kenneth Goldstein Award for Lifetime Academic Leadership. In 2021, she received Ohio State’s Distinguished Scholar Award, which honors Ohio State faculty members exhibiting exceptional achievements in scholarly activity, research or other creative works.

“I hope to draw in as diverse a cohort as possible — in backgrounds, generations, disciplines and outlooks — for ongoing conversation on world events, more structured interrogations of security studies frameworks and the exchange of feedback over our individual and collaborative research in progress,” Noyes said. “I'm especially interested in enhancing our access to perspectives that come from beyond the U.S. and the great powers.”

This article was originally posted on March 25, 2022 through the College of Arts and Sciences.