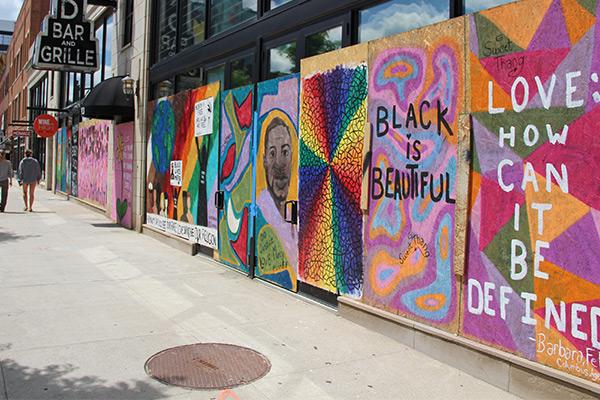 The Mershon Center’s Joe Parrott makes this argument in a June 8 essay for the Washington Post’s Made by History. This history provides important context for the mostly peaceful protests and troubling incidents of violence that have roiled the nation, as well as political responses to these events.

According to Parrott, recent attempts to blame riots on outside agitators, the nebulous antifa movement, and terrorists have parallels with southern attacks on the civil rights movement. From the 1930s to 1960s, segregationists protected the oppressive Jim Crow system of racial inequality by dismissing activism as the product of outsiders and communists.

Blaming external agitators encouraged southerners to minimize local anger and perpetuate a fiction that African Americans were content within their segregated system. Segregationists consciously tied this defense to anti-communism, using security rhetoric to portray their cause as patriotic and win support from those beyond the South who prioritized the Cold War over domestic equality.

Parrott argues that this defense could not save Jim Crow, but unfounded attacks forced civil rights organizers to moderate their tactics and ultimately limited the achievements of the black rights movement. The country prioritized exaggerated narratives of order and security over justice, deepening fissures in U.S. society that are now at the heart of the Floyd protests.

You can read the full article on the Washington Post’s Made By History here: https://www.washingtonpost.com/outlook/2020/06/08/racism-not-outside-agitators-is-fueling-uprisings-america/