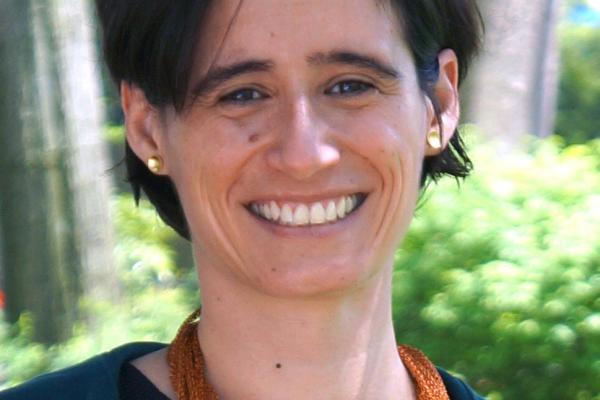 Mershon faculty affiliate Inés Valdez, associate professor of political science, has been named director of the new Latina/o Studies Program at The Ohio State University. In this capacity she will be part of the executive committee of the Center for Ethnic Studies (CES) and work with both the director of CES, Namiko Kunimoto, and director of the Humanities Institute, where CES is located.

Valdez just completed a residency at the Hanse Institute for Advanced Study as a Humboldt Stiftung Fellow in Spring 2019, and a Summer 2019 Faculty Fellowship from the Migration, Mobility, and Immobility Project at Ohio State. In 2017-2018, she was appointed as Rockefeller Visiting Faculty Fellow at the Princeton University Center for Human Values.

At the Mershon Center, Valdez co-organized the Migration and Global Justice speaker series; the Race, Place and Capital workshop; and the Populism and Race in the Trump Era conference held November 9-10, 2018.

Valdez teaches in political science on feminist political theory, radical cosmopolitanism, human rights, and immigration politics. She has held roles in the American Political Science Association and in the Midwest Political Science Association. At Ohio State, she is an active participant in department and university service and has or is currently serving on five PhD committees.

Valdez has been at Ohio State since 2012, first as a postdoctoral fellow in political theory in the Department of Political Science, and then from 2013 to 2019 as an assistant professor in that department. She was recently awarded tenure and promotion to associate professor for her outstanding record of research, teaching, and service.

Valdez has been active in Latina/o Studies since her arrival at Ohio State, collaborating with peers across several departments to host speakers and events, and to organize events to advance faculty and student success. Her dedication to our interdisciplinary program has been evident in her service on the Latina/o Studies Faculty Council in two different years. She has also provided important informal mentorship to Ohio State students and to Latina graduate students in her field.

In 2019, she received the Latina/o Studies Faculty Award for Service for her many outstanding contributions to building our interdisciplinary program.

The Latina/o Studies Program offers a minor and a graduate specialization. As an academic interdiscipline, Latina/o Studies offers critical analysis of the experiences, histories, literatures, arts, and cultures of the multiethnic, multiracial, and multilingual population of Latina/os in the U.S. Attentive to the ways that power and difference impacts Latinas/os in multiple spheres, Latina/o Studies courses prepare students to engage critical issues of our day with knowledge and research.

Latina/o Studies is a part of the Center for Ethnic Studies in the Humanities Institute at Ohio State. Students in this minor or graduate specialization will also gain experience in varied disciplines. Jointly with other CES programs, Latina/o Studies explores the interconnections and intersections among varied racialized and ethnic groups in the United States. Thus it contributes to the educational need to prepare students to fully participate in contemporary U.S. and global society.