What does impeachment mean? 4 things you might not know

What does impeachment mean? 4 things you might not know 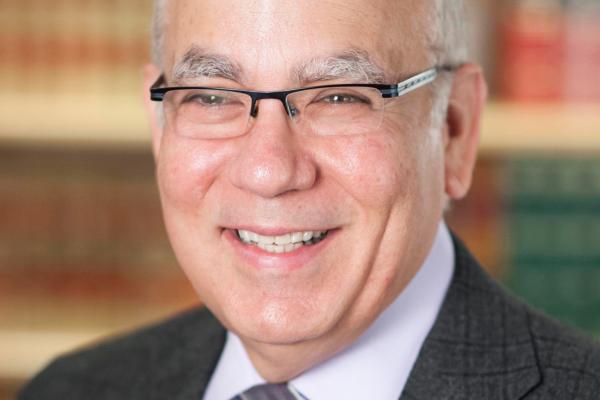 Impeachment is a loaded word. It's also a complicated process, one that most of us probably don't fully understand.

Did you know, for instance, that a president who is impeached and removed might still be able to run for the office again?

Impeachment is entirely a civil, not criminal process.

Article II of the U.S. Constitution says: “The President, Vice President and all Civil Officers of the United States, shall be removed from Office on Impeachment for, and Conviction of, Treason, Bribery, or other high Crimes and Misdemeanors.”

Departing from the British example, however, the framers of the Constitution decided to separate the impeachment process entirely from the process of criminal prosecution. So a civil officer removed for “treason” or “bribery” would still have to be tried in a court of law, before or after impeachment, in order for a criminal penalty to be imposed.

As Alexander Hamilton famously wrote in Federalist No. 65, the grounds for impeachment are those “offenses which proceed from the misconduct of public men, or, in other words, from the abuse or violation of some public trust. They are of a nature which may with peculiar propriety be denominated POLITICAL, as they relate chiefly to injuries done immediately to the society itself.”

Impeachment alone does not remove an official from office.

Impeachment is the process by which the House of Representatives, by majority vote, determines to accuse a civil officer of the United States of “treason, bribery, or other high crimes and misdemeanors.”

Impeachment by itself has no further legal consequence other than to trigger a trial in the Senate, where conviction requires the concurrence of two-thirds of the senators present for the vote.

The Constitution leaves to the Senate the design of appropriate rules to govern the proceedings, requiring only that the senators themselves be “under oath or affirmation” for the trial and that the chief justice of the United States preside over the trial should the president be impeached.

An officer removed by impeachment and conviction might still be able to serve in the federal government.

Article I of the Constitution says: “Judgment in cases of impeachment shall not extend further than to removal from office, and disqualification to hold and enjoy any office of honor, trust or profit under the United States.”

The Senate early determined, however, that the two possible consequences of impeachment —removal from office and disqualification from office — require separate votes. In other words, the two-thirds vote to convict automatically removes the official from office, but does not automatically disqualify from future office-holding.

So, for example, Rep. Alcee Hastings (D-FL) has served in the House of Representatives since 1993, even though he was impeached and convicted in 1989 of accepting a bribe and perjury while a U.S. federal judge.

A first-term president removed from office by impeachment and conviction could run for the presidency again unless the Senate that convicted the president on articles of impeachment also voted to disqualify that individual from federal office-holding. The disqualification vote requires only a simple majority.

There are no judicial appeals from impeachment.

President Trump once tweeted that if “the partisan Dems ever tried to Impeach, I would first head to the U.S. Supreme Court.”

Law professor Alan Dershowitz has echoed the idea that the Supreme Court might void an impeachment that the court found was not adequately based on genuine “high crimes or misdemeanors.”

This is almost certainly wrong.

The Supreme Court treats as “political questions” — that is, constitutional questions that only the elected branches of government may determine — cases that involve “a textually demonstrable constitutional commitment of the issue to a coordinate political department” or display an “unusual need for unquestioning adherence to a political decision already made.”

It is imperative for the national security of the United States that there be no doubt at any given moment as to who is the president. No court will ever endeavor to second-guess the determinations of the House and Senate with regard to impeachment and conviction, respectively.

Professor Laurence Tribe, co-author with Joshua Matz of To End A Presidency: The Power of Impeachment, has called the suggestion of judicial intervention “idiocy.”