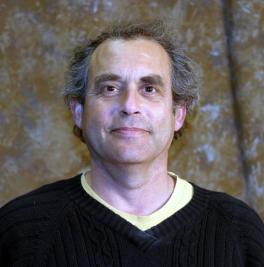 Few works of any genre have inspired as much discussion as Plato's Republic.  The book serves as the foundation of our theories of citizenship, and of what people in a state owe to each other as ruler and ruled.  It has prompted dialogue among moral and political theorists from Aristotle to the liberals and conservatives of today, who draw very different lessons from its text.  How and why do such different lessons emerge?

Silverman sets out to answer this question by examining four responses to Plato's Analogy of the Cave.  In this allegory, prisoners are chained facing the wall of a cave. Behind them, a flame illuminates statues that are moved by others, causing shadows on the cave wall to flicker. These shadows are as close as the prisoners get to seeing reality.

The philosopher is a former prisoner who has been freed from his chains. He sees the fire and realizes the shadows are created by statues. He is then taken outside, where he sees objects in the real world illuminated by the sun, and realizes the objects in the cave are just copies of those in the real world. The question, then, becomes whether the philosopher should stay outside or descend back into the cave to rule those left behind.

Silverman's book examines four answers to this question from Plotinus, the Greek philosopher considered the founder of Neoplatonism; Aristotle, Plato’s student and author of Nicomachean Ethics; the conservative American philosopher Leo Strauss; and a reading derived from Plato’s subsequent dialogue, the Timaeus.

Finally, Silverman examines what Plato himself would say through a reading of the Timaeus, which provides the closest thing we have to Plato’s idea of god, the demiurge.  The demiurge, literally "public worker," is a craftsman, and reason is his tool.

Like the demiurge, the philosopher has knowledge and happiness, and he knows the people in the cave have the potential for this too.  Therefore, he will descend to the cave.  Although people are imperfect and not everyone can become a philosopher, his task is to devise a process in which the rational nature of as many people as possible can flourish.  In this way, Silverman argues, the philosopher's task is to maximize the good.