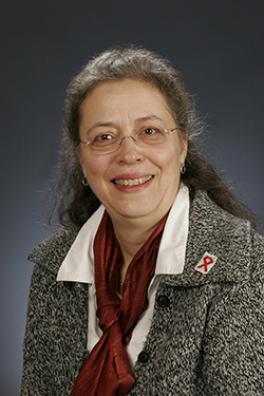 One hundred years ago, the United States entered World War I. This year the Department of Theatre, with support from the Mershon Center, is marking this occasion by creating a new work centering on this world conflict.

World War I introduced industrialized warfare on a massive scale amidst a wave of belligerent nationalism. It still ranks as one of the world’s deadliest conflicts, dramatically changing borders in Europe and the Middle East.

“Forbidden Zones: The Great War” draws from contemporary documents, letters, memoirs, poetry, commissioned art, and popular music, focusing on the Battle of the Somme, the largest battle on the Western Front.

Fought between July 1 and November 1, 1916, near the Somme River in France, the battle was one of the bloodiest in history. On the first day alone, the British suffered more than 57,000 casualties. By the end of the campaign, the Allies and Central Powers had lost more than 1.5 million men.

The title "Forbidden Zones" is inspired by a memoir by American nurse Mary Borden, only recently considered one of the great texts of World War I. It refers to the name given by the French Army to the strip of land immediately behind the zone of fire where she was stationed for four years.

Volunteering with the French Red Cross, Chicago-born Borden joined the Allied efforts by establishing a mobile military field hospital. Moving several times during the war, her unit was dangerously close to the front line during the Battle of the Somme.

Borden had a team of a dozen nurses and a few surgeons and orderlies to care for over 800 badly wounded men. She estimated that during six months her hospital received 25,000 patients. Borden’s book, The Forbidden Zone, was her attempt to bear witness to the war’s “great confusion.”

Other historical figures depicted in the production include Addie Hunton, one of just three African American nurses to serve overseas; Dr. W.H.R. Rivers, who developed talk therapy as a treatment for shell-shocked soldiers; and Lena Ashwell and Cicely Hamilton, performers who put on concerts at the front. 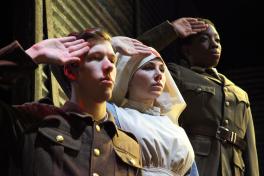 Tickets are $20 for the general public; $18 for Ohio State faculty, staff, Alumni Association members, and senior citizens; and $15 for students. For more information, contact the Ohio State Theatre ticket office at (614) 292-2295.

In addition to the performances, on Wednesday, March 29, at 3:30 p.m., Susan Grayzel, professor of history at University of Mississippi, will speak on “Did Women Have a Great War? Gender and the Global Conflict of 1914-1918,” at the Mershon Center for International Security Studies, 1501 Neil Ave. Read more and register at go.osu.edu/grayzels 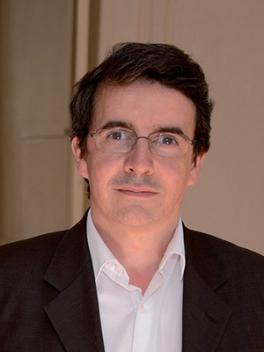 Then on Thursday, March 30, Grayzel and Mershon affiliate Bruno Cabanes, Donald G. and Mary A. Dunn Chair in Modern Military History, will be featured in “AfterWords: A Post-Performance Discussion” just after the 7:30 p.m. performance of “Forbidden Zones.” Cabanes is the military history consultant for the production.

Finally, on Thursday, April 6, members of the “Forbidden Zones” cast will perform a live art project, “The Silent Soldiers Memorial,” marking the 100th anniversary of the United States entry into World War I, at 11 a.m. at Thompson Library, noon at Wexner Center for the Arts, and 2 p.m. on the Oval.

Inspired by a similar performance in Britain, more than 20 students playing uniformed soldiers, nurses and ambulance drivers will march into position and stand or sit silently before moving to the next site. As they move, they will sing “We’re Here Because We’re Here,” which was sung by British soldiers as they marched into battle during World War I.

Each student will play an actual man or woman who took part in World War I, many of whom died as a result, silently handing out cards with name, rank, military unit, age, and date of death. Men from Ohio State who died in the war will be commemorated.

A year of research

The Department of Theatre at Ohio State is widely known for developing and creating original new works. The collaborative team for “Forbidden Zones” worked on this project for more than a year researching material in Thompson Library and University Archives at Ohio State, at the Imperial War Museum in London, and at the British sector of the Battle of the Somme in Northern France.

This research was essential in developing the script during Fall 2016 and devising the production this spring. “Forbidden Zones” is an example of devised theatre called “verbatim theatre,” in which performance text is taken directly from primary sources such as personal letters, diaries, documents and newspaper articles and developed for performance.

“Forbidden Zones” was created with actors and designers from the Department of Theater’s fine arts graduate program, performance ensemble, and course on The 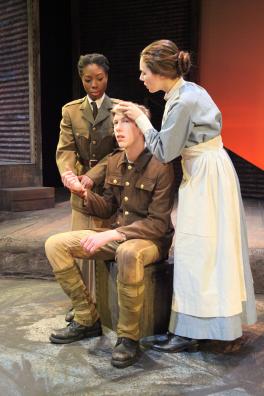 History and Practice of Devising Theatre. The production was conceived by Mershon affiliate Lesley Ferris, Arts and Humanities Distinguished Professor of Theatre, and co-directed by Ferris and Movement Theatre Specialist Jeanine Thompson.

“When we began developing the script in October, we had more information and material than could possibly fit into a 90-minute play,” Ferris said. “We moved forward with far more questions than answers: How could we tell the story of the Great War? How could we make an unfathomable number of lives lost 100 years ago personal and relevant? How could we breathe life back into their stories?

“For months we have been writing, rehearsing, revising, rehearsing again, revising again,” Ferris said. “We have thrown entire scenes out only to put them back in later, and fallen in love with characters who we found could not fit into the world we had built. Our creative work is perpetually unfinished, imbued with potential energy and possibility for deeper exploration and growth.”

Support for “Forbidden Zones” came from the Mershon Center for International Security Studies, Division of Arts and Humanities in the College of Arts and Sciences, and Department of History.