Trafficking, Ethnicity and Religion: Prevention Campaigns and Minorities in the Balkans

Trafficking, Ethnicity and Religion: Prevention Campaigns and Minorities in the Balkans 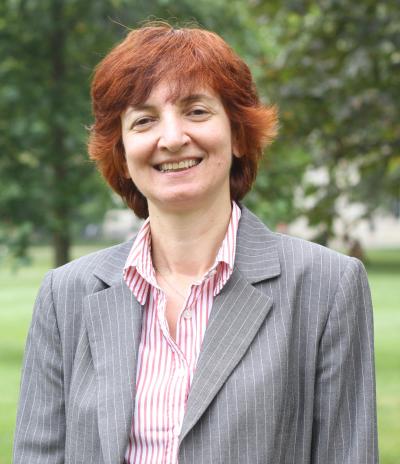 Every year 2 million to 4 million people, mostly women and children, become victims of human trafficking. Experts trace the causes to globalization, government corruption, organized crime, and the demand for cheap labor. Although not a new problem, trafficking is thought to have increased after the dissolution of the Soviet Union in the early 1990s.

In this project, Yana Hashamova is studying the effectiveness of trafficking prevention campaigns in the culturally and religiously diverse communities of southeastern Europe, focusing on three non-governmental organizations in Bulgaria.

Bulgaria is a good place to study anti-trafficking campaigns. It has the largest Muslim population in the European Union, a minority with solid political representation in parliament. However, an increasing number of Muslims from the region who have fallen victim to human trafficking, according to the U.S. State Department.

In preliminary research, Hashamova found that Bulgarian NGOs employ little or no sensitivity to cultural and religious differences in their anti-trafficking materials. Rather than targeting different messages to different audiences, they use the same materials regardless of recipient.

With support from the Mershon Center, Hashamova continued this research by visiting four Bulgarian NGOs working on this issue: Association Demetra in Bourgas, Organization Gavrosh in Varna, Open Your Eyes in Resen (Turnovo), and Animus Association in Sofia. She talked with staff members and collected media such as documentaries, feature films and video clips for content analysis.

Hashamova’s research not only supported her preliminary findings but also revealed that while there might not be conscious racism, there is a powerful underlying cultural marginalization of minorities which considerably worsens their situation regarding trafficking. Their language and religious differences are ignored, and trafficking awareness materials fail to reach them.

While previous studies of human trafficking have universally called for greater awareness of the issue, Hashamova’s research will call attention to uncritical use of media materials and will help NGOs more effectively work on trafficking prevention.

Her findings have contributed to a peer-reviewed essay included in the forthcoming volume Imperialism and Anti-Imperialism, edited by Saër Maty Bâ and Immanuel Ness (Palgrave Macmillan) and are incorporated in the manuscript she is completing, Screening Trafficking: Prudent or Perilous.