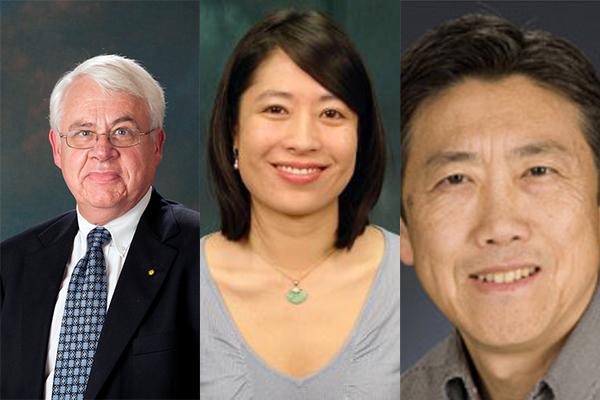 This is farmland along a river in Bangladesh.

At least, it used to be.

The stubble on the left is a rice field that used to stretch another 600 meters out into the river. Flooding caused by ice melt from the Himalayas has eroded more than 100 meters of this farmland each year. One farmer says two acres of his farm have disappeared just since last year.

But that’s not Bangladesh’s only climate-related problem.

As a delta, Bangladesh is also sensitive to changing patterns of drought and precipitation. As a coastal country, Bangladesh has already seen the effects of rising sea levels and increasingly intense typhoons and storm surges. 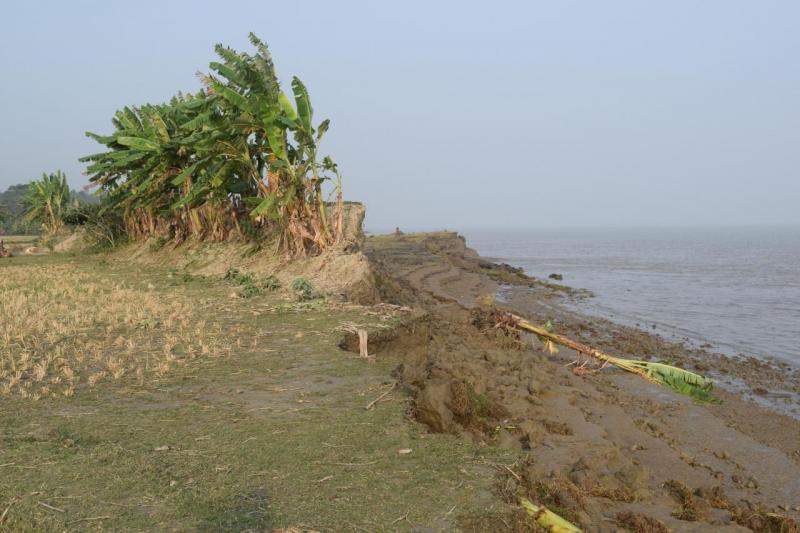 Bangladesh, a country of 165 million in southern Asia, can teach people across the world a lot about how everything from climate to food to migration to economics is intertwined, said Mershon affiliate Joyce Chen. Chen is a development economist and associate professor in the Department of Agricultural, Environmental and Development Economics who studies climate change and migration in Bangladesh.

“It's true that eventually the cities will be underwater, but a lot of stuff happens in between,” she said.

Places like Louisiana are experiencing this in-between too. Certain roads become washed out and areas become inaccessible throughout the year as extreme weather events become more common.

“Every year we can say, 'Oh this was a bad year,’ but it is part of this longer-term process,” Chen said. “So as we look at those kinds of events we can start to get a sense of what might happen when these cities really start to become uninhabitable.” 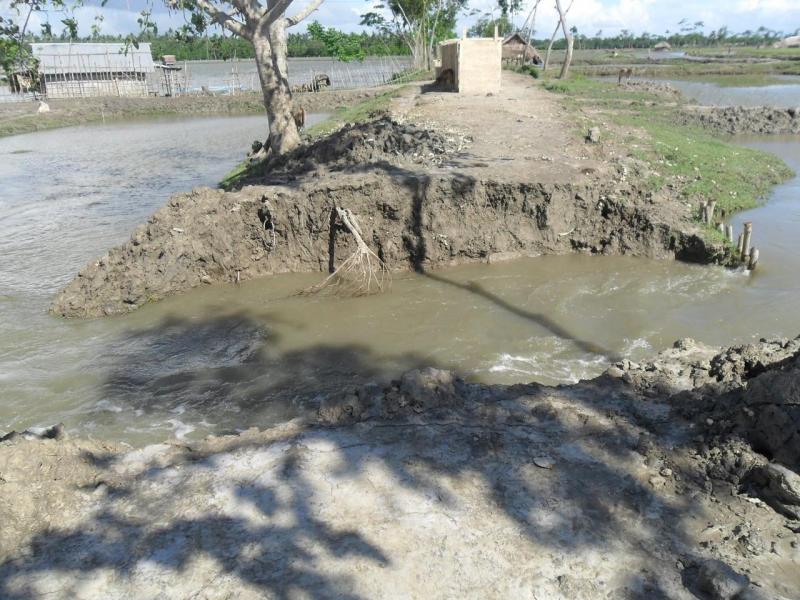 For many, these threats to livelihood create good reason to migrate. Sometimes residents can stay close, moving to the next town over in Louisiana or in Bangladesh, moving to a bigger city temporarily. Sometimes they're forced to move to a new state or across country lines.

Migration can be hard to predict and changes in policies or in the economy could change how and where people move.

“Over a longer time frame, it becomes harder to predict because lots of things are changing, lots of policies may be changing, the economy is changing,” Chen said. “If you build a bunch of new garment factories in a coastal city in Bangladesh, then we might not see anything that looks like climate migration anymore because people switch over to working in garment factories or something.”

It’s possible, though, that this sort of switch could create instability in a country such as Bangladesh, which produces most of the food it consumes.

“If too many people move away from rice cultivation, they could see spikes in rice prices, so that could lead to more food insecurity and malnutrition,” she said.

Chen and two other Mershon affiliates, J. Craig Jenkins and C.K. Shum, are working alongside water management organizations and local governments to create a flood and drought early warning system to help people adapt and safely stay in place rather than leave their homes.

This is what remains of an eroding embankment, or polder wall. Jenkins, who stands in the middle of the photo, said that more than 5,000 people live behind this wall. If the embankment fails, two meters of water could fill the homes on the other side. 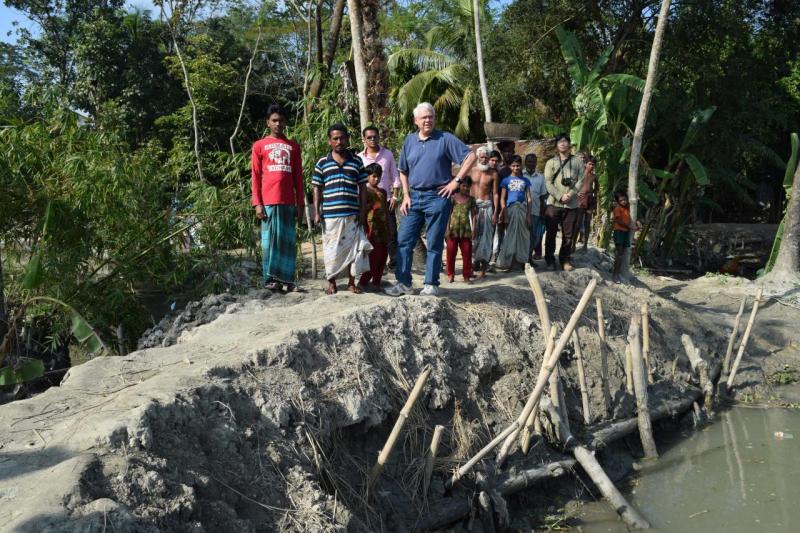 Not all adaptations are good though, and it’s important to recognize the ways they will leave their mark on the environment.

Many farmers in Bangladesh have also taken up saltwater fish ponds in order to adapt to the salty soil, but sometimes that means bringing in more salt water and making salt contamination worse.

In the United States, Chen said, there could be increased migration to the Great Lakes region — which could bring new economic activity but also have ramifications.

“We would want to be cautious if other industries are moving in and using water more intensively," she said. "It's possible that could create other problems down the line.”

Better forms of adaptation, Chen said, might be farming salt-tolerant crops and finding technical ways to use water less intensively. Finding these adaptations is particularly important in a place such as Bangladesh, where many families may not have the resources to migrate

Despite all of this, Jenkins sees Bangladesh as a symbol of hope, not disaster.

“There are big challenges, they are major challenges,” he said. “To underestimate those would be foolish. But on the other hand, you have to understand that human beings are very adaptive. I’m always impressed by human ingenuity.” 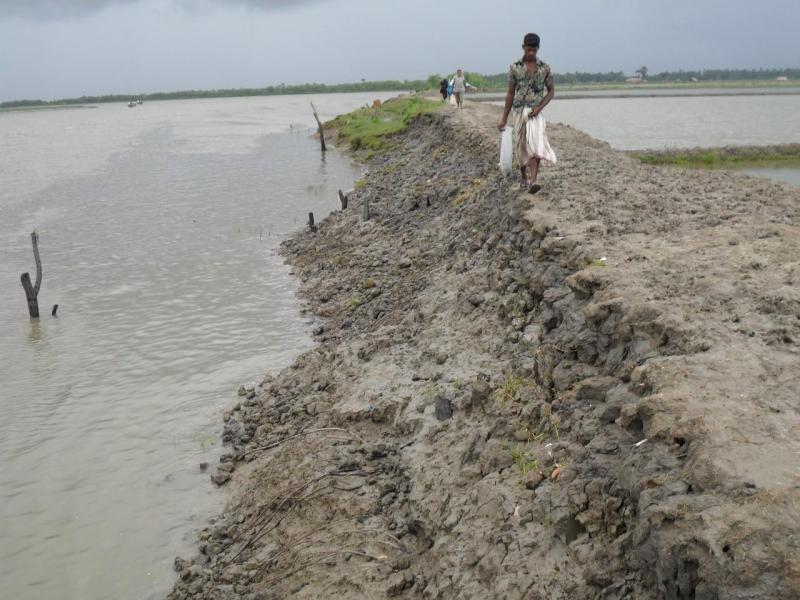