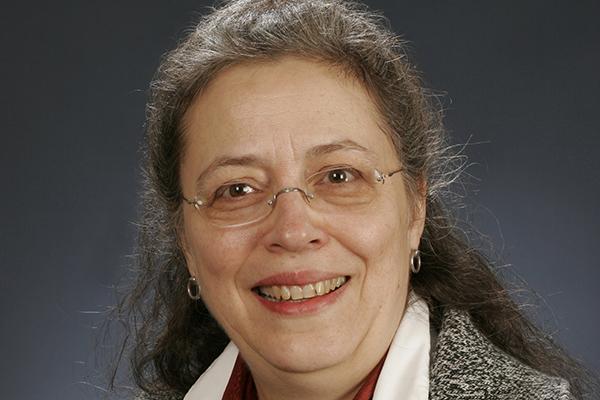 Mershon affiliate Lesley Ferris, Arts and Humanities Distinguished Professor of Theatre, is the powerhouse behind On the Front Lines: Performing Afghanistan, a new series of performances designed to bring Afghan women’s voices to the fore through storytelling and theater and premiering at Ohio State this semester.

The project features stories written by Afghan women and adapted for the stage. It will also bring top scholars in the field of theatre to Ohio State to discuss topics relevant to Afghan history and culture.

The series begins on Monday, October 7, with a triple header of events. At 4:30 p.m., Sahar Speaks: Voices of Women from Afghanistan, will feature two one-act plays by Nushin Arbabzadah and Alia Bano. The event takes place at the Film/Video Theater, Wexner Center for the Arts, 1871 N. High St.

Arbabzadah and Bano adapted the plays from stories gathered through Sahar Speaks, a program that provides training and job opportunities for women journalists working on the ground in Afghanistan. Following the performances, the playwrights will join a discussion with Ferris and other guests.

The event is free but tickets are required and can be reserved at http://wexarts.org/talks-more/sahar-speaks-voices-women-afghanistan

The plays are part of a larger project to bring Afghan women’s voices to the public more prominently through storytelling and theatre. Since 2016, Ferris has commissioned and produced four plays inspired by the Sahar Speaks project as artistic director of Palindrome Productions in London, which she cofounded.

The first three plays, are based on stories written for the Huffington Post by Afghan women journalists who completed training through Sahar Speaks. Now Ohio State University is home to this project which will engage and build an intellectual community around the issues brought up in the plays. 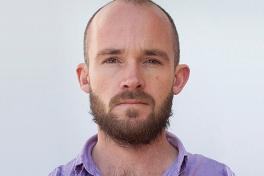 Then at 7 p.m. Joël van Houdt, a Dutch photojournalist who has documented the journeys of Afghan refugees around the world, will discuss his work in the Film/Video Theater, Wexner Center for the Arts, 1871 N. High St.

Van Houdt moved to Kabul in 2010 and from 2013 to 2017 documented the journeys of Afghan refugees around the world. His photographs were exhibited together under the title Kuja meri? — “Where are you going?” in the Dari language — at the Kings Place Gallery in London (2017) and, working with the Afghan ArtLords, as a series of large-scale images displayed on blast walls in the center of Kabul (2018).

The event is free but tickets are required and can be reserved at http://wexarts.org/talks-more/joel-van-houdt

All are welcome to attend a reception in Heirloom Cafe between the two programs.

Other events in On the Front Lines: Performing Afghanistan include:

"Strategic Culture: Staging Afghanistan to Simulate War"
Natalie Alvarez, Canadian theatre and performance scholar, will speak about Afghans playing the roles of villagers in military training camps in Canada and Britain, based on the research for her book Immersions in Cultural Difference: Tourism, War, Performance.
Tuesday, October 8, at 4 p.m., 168 Dulles Holl, 230 Annie and John Glenn Ave.

"On the Road to the Pentagon: The Great Game Afghanistan"
Arts and Humanities Distinguished Professor Lesley Ferris will speak about Tricycle Theatre’s 2009 festival of short plays focusing on “The Great Game: Afghanistan,” a groundbreaking series of new plays documenting Britain’s relationship with Afghanistan from the 19th century to today.
Thursday, October 31, at 2:30 p.m. in 150 Thompson Library, 1858 Neil Ave Mall.

"A Thousand Girls Like Me" by Sahra Mani (2018)
This 76-minute documentary by Sahra Mani presents the awe-inspiring story of one woman’s battle against cultural, familial, and legal pressures as she embarks on a mission to obtain justice for the sexual abuse she suffered at the hands of her father, setting a positive example for her daughter and other girls like her.
Monday, November 4, Film/Video Theater, Wexner Center for the Arts, 1871 N. High St.

On the Front Lines: Performing Afghanistan is supported by a Global Arts and Humanities Discovery Theme Grant, and presented by the Department of Theatre and Middle East Studies Center, with support from the Department of History, Near Eastern Languages and Cultures (NELC), Wexner Center for the Arts, and Middle East and Islamic Studies Service and Lawrence and Lee Theatre Research Institute at the University Library.