What caused 9/11 — and the consequences that linger

What caused 9/11 — and the consequences that linger 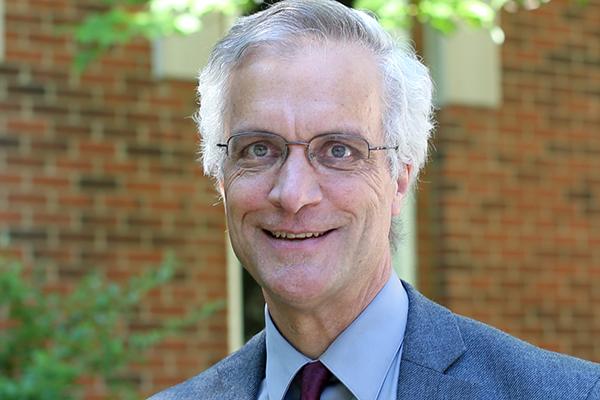 The images from that day still haunt us.

The Twin Towers plummeting to the ground, one following the other, smoke snaking through streets, billowing for blocks, fear and confusion spreading like ashes across the country.

We know now what we didn’t know that day: that the terrorist attack had been building for more than a decade. And that it would change our country, irreparably, forever.

Here, Peter Hahn, a professor of history and dean of arts and humanities at Ohio State, discusses the causes — and lingering consequences — of 9/11.

A: 9/11 resulted from the confluence of multiple factors.

Islamic extremism was stirred by the Iranian Revolution, the Soviet invasion of Afghanistan and the assassination of the Egyptian president. That extremism turned anti-American because of U.S. support for Israel and repressive and secular Arab regimes.

The proliferation of weapons gave activists the means to inflict harm, and innovation in communications facilitated worldwide publicity about their deeds — which served the psychological warfare objective of unsettling western populations.

A: After contesting the Soviet occupation of Afghanistan in the 1980s, the Saudi nationalist Osama bin Laden organized a network of unconventional combatants known as Al-Qaida. Bin Laden believed that the stationing of U.S. troops in Saudi Arabia during the Gulf War of 1990-91 violated the sacred spaces around Mecca and Medina, and in 1996, he essentially declared war on the United States.

From sanctuaries in Sudan and then Afghanistan, bin Laden and his allies orchestrated a series of terrorist attacks on the World Trade Center in New York in 1993, an American military barracks in Saudi Arabia in 1996, the U.S. embassies in Kenya and Tanzania in 1998 and a U.S. Navy ship in Aden Harbor in 2000.

Q: Did anyone try to stop bin Laden?

A: Presidents Clinton and Bush deployed intelligence, law enforcement and diplomatic and military officials to foil the mounting menace of terrorism. But they failed to detect bin Laden’s most audacious plot ever, to strike New York and Washington, D.C., with highjacked civilian airliners piloted by suicide bombers.

That surprise assault on Sept. 11, 2001, destroyed the twin towers of the World Trade Center, badly damaged the Pentagon and left some 3,000 Americans dead.

A: The United States reacted to the 9/11 attacks in a variety of ways.

Within several weeks of the 9/11 attacks, President George W. Bush ordered an invasion of Afghanistan. The Taliban regime, which had given Osama bin Laden sanctuary, was ousted from government, but their resistance continued to the modern day — from strongholds in the mountainous southeastern region of Afghanistan and neighboring Pakistan.

The psychological impact of 9/11 led Bush to launch an invasion of Iraq in 2003. While he initially embraced Clinton’s approach of containing Iraqi dictator Saddam Hussein, he shifted to belligerence out of determination to prevent any additional surprise terrorist attacks, especially given nightmare scenarios about terrorists deploying weapons of mass destruction.

Q: What happened to bin Laden?

A: The United States launched a steady campaign to identify and eliminate terrorist ringleaders — many with deadly force.  Most famously, in 2011, President Barack Obama ordered a secret military mission into Pakistan that resulted in the killing of bin Laden.

Q: What changed in the United States after the terrorist attacks?

A: 9/11 and the 2001 anthrax attacks galvanized the security consciousness of the American people.  A focus on “homeland security” led to the establishment of a White House office and, eventually, a cabinet department of that name.

As years passed without additional, spectacular attacks on the homeland, concern relaxed. Legal provisions of the Patriot Act were gradually, although not completely, rescinded.

This story was first published August 2019 in Ohio State Insights.