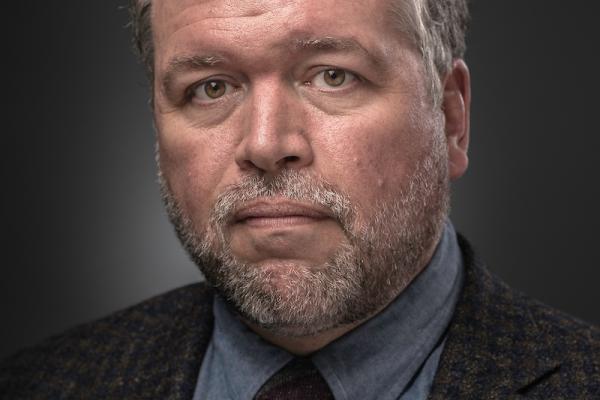 Contrary to popular belief, war is not declining, according to a new analysis of the last 200 years of international conflict.

In fact, the belief that war is disappearing has lulled us into a false sense of security, said Mershon affiliate Bear Braumoeller, professor of political science at The Ohio State University.

“We really don’t get how big a threat war is – not by a longshot,” Braumoeller said. “The process of escalation that led to two world wars in the last century are still there. Nothing has changed. And that scares the hell out of me.”

Any apparent declines in war initiation or severity can be attributed to random luck – and our luck could run out at any time, Braumoeller said.

Braumoeller is the author of the new book Only the Dead: The Persistence of War in the Modern Age (Oxford University Press, 2019). In the book, Braumoeller challenges the argument of recent scholars who claim war is in decline, most notably Steven Pinker in his 2011 book The Better Angels of Our Nature: Why Violence Has Declined.

“I take a comprehensive look at all the different ways you can think about what it means for war to be in decline. And I find no evidence for a long-term decline in any of them,” he said.

Maybe most alarmingly, though, Braumoeller finds that the probability that a small war will become a very big one hasn’t changed, either.

One grim example: If humans continue to fight 50 wars per century, the probability of seeing a war with battle deaths that exceed 1 percent of the world’s population in the next 100 years is about 13 percent, Braumoeller found. That would amount to at least 70 million people killed.

“That’s nothing short of horrifying. The escalatory propensity of war is the scariest thing I found in this research,” he said.

So what’s wrong with the claims that war is declining?

By simply looking at trend lines since World War II, it appears that worldwide conflict has declined. But there have been other periods of history where relative peace has reigned, Braumoeller said.

What you can’t tell just by looking at trends is whether they are the result of the normal variation in the amount of conflict, or if something really has changed, he said.

“One of the biggest contributions of the book is that it brings statistical rigor to the question of the decline of war in a way that anyone can understand,” said Braumoeller, who is a Faculty in Residence at Ohio State’s Translational Data Analytics Institute.

“The data demanded sophisticated tests that I either had to brush up on, discover or create.”

Braumoeller used the Correlates of War data set, which scholars from around the world study to measure uses of force up to and including war.

What he found with the statistical analyses was that any decline in the deadliness of war that we think we see in the data is within the normal range of variation – in other words, our period of relative peace right now could easily be occurring simply by chance.

“We do see a decrease in the rate of conflict initiation at the end of the Cold War, but that’s about the only good news. Other than that, for the last 200 years at least, I can find no downward trend in the incidence or deadliness of warfare. If anything, the opposite is true,” he said.

The role of chance becomes particularly alarming when you consider the probability that any particular conflict will become a huge, catastrophic war, Braumoeller said.

But war fatalities are in a special category. One group of scholars looked at 24 phenomena that expand in proportion to how big they already are and in doing so produce outcomes that follow power law distributions. Only one phenomenon on the list – the intensity of earthquakes – showed a greater tendency to snowball than did war.

The fact that outcomes of wars are consistent with a power law distribution means that the only difference between a small war and a very large one is random chance, he said.

That may seem hard to believe – don’t humans have control over starting and ending wars? Yes, of course, Braumoeller said. But the problem is that leaders don’t like to lose wars. So they make a series of decisions, all of which may seem reasonable and maybe even reversible at the time, that can lead to a catastrophic war without any intention to do so.

“People think of huge wars, like the world wars, as something extraordinary, something that has some cause that is distinct from other wars,” Braumoeller said.

“The profound tragedy is that the most deadly, catastrophic wars are a lot more ordinary than we would think. They result from a series of decisions by people who don’t want to stop fighting. That makes them vastly more dangerous than we realize.

In the book, Braumoeller calculates just how deadly the next war could be, given the power law distribution and the role of random chance.

Once an armed conflict has had more than 1,000 battle deaths (the criteria for being included in the Correlates of War database), there’s about a 50 percent chance it will be as devastating to combatants as the 1990 Iraq War, which killed 20,000 to 35,000 fighters.

There’s a 2 percent chance – about the probability of drawing three of a kind in a five-card poker game – that such a war could end up being as devastating to combatants as World War I. And there’s about a 1 percent chance that its intensity would surpass that of any international war fought in the last two centuries.

“This is pretty bleak. Not only has war not disappeared, but it would be frighteningly easy to have much larger wars than any we have ever seen in history,” Braumoeller said.

If there is any good news in the book, it is that some things nations do seem to help reduce the rate of conflict initiation, at least for a while. Braumoeller focuses on the development of international orders, such as the Western liberal order, which has kept the peace in Europe and North America since the end of World War II.

Braumoeller said his analysis suggests that such international orders are mostly effective in keeping the peace among their members. That said, they also increase the chances of war between different orders, such as the clash between the Soviet communist order and the Western liberal order that defined the Cold War.

But these orders don’t last. Even the Western liberal order shows signs of fraying now, he said.

Braumoeller points to the peace campaign by John Lennon and Yoko Ono with the slogan “War is Over (if you want it).”

“The problem is we just don’t want it,” he said. “We care about peace, of course. But we just think other things are more important.”