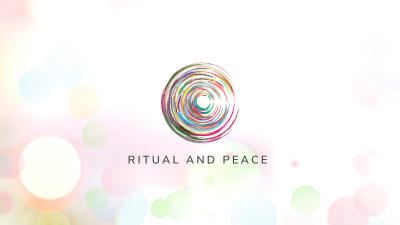 The International Consortium Program catalyzes scholars, policymakers, and practitioners to support communities in transition. The overall programmatic aims include:

The thematic focus for 2022-2023 is Ritual and Peace: Transcending and Transforming Collective Violence. Scroll down to learn more about this year's focus. 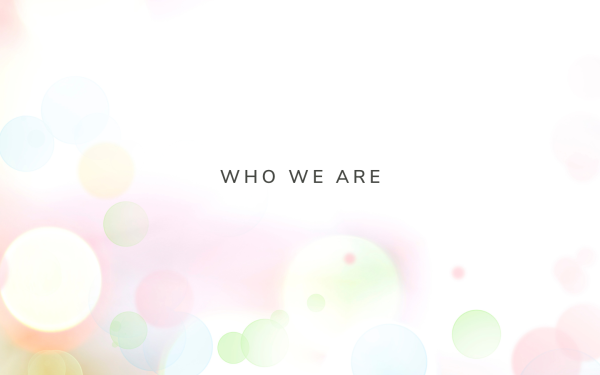 Learn about the background of the International Consortium Program and who is involved. 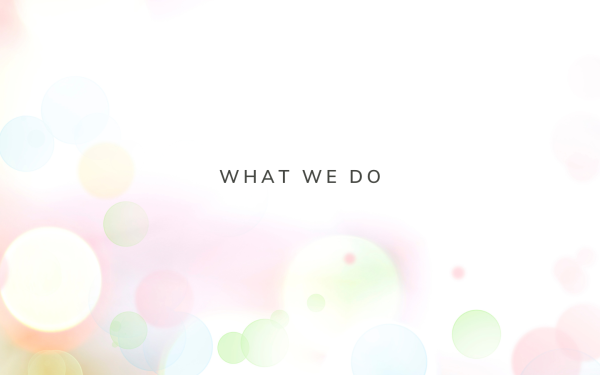 Learn about how the International Consortium Program supports communities in transition.

Learn about the background of the International Consortium Program and who is involved.

Learn about how the International Consortium Program supports communities in transition.

The international community has been working to develop new and innovative approaches to global security and stability. For example, the UN’s “Sustaining Peace” agenda has elevated the roles of civil society (e.g. NGOs, traditional/spiritual leaders, artists, etc.) in building and sustaining peace in fractured and fragile communities. Although formalized attempts to address transitions, justice, and stability are critical, they are often top-down processes, framed by political agendas, and dominated by international or national actors. Conflict affected landscapes, however, are complex and these timebound, narrowly focused initiatives have not been successful in widespread social transformation. They do not capture the nuances or address the histories of violence for people who live on specific streets, in particular neighborhoods or communities – places where conflict has undone the very meaning of their lives. Civil society actors who are implicated within these spatial locations are likely to be far more attuned, sensitive, and aware of culturally rooted pathways that can be leveraged to bring people back into relationship with themselves and others.

Peacebuilding scholars and practitioners recognize the insidiousness of violence, the ways it quietly embeds itself into the psyches and spirits, memories and meanings, the bodies and souls of all involved. And they know that for this reason, the enduring impacts of violence are not amendable to healing or transformation through legal and rational processes alone. Cold rationality cannot touch the most sacred parts of conflict (Schirch, 2015). Instead, these efforts will require alternative and creative approaches, non-rational processes that embrace paradox and pain, that give voice to thoughts and feelings that often defy language. Deep social healing and meaningful change takes a long time because reweaving social fabric is a deeply intimate and relational task.  Lasting societal transformation – for these reasons – require peace practices that are locally anchored and resonate with those most deeply affected by violence.

We believe rituals can play an important role in supporting the international community’s efforts to stabilize societies experiencing or recovering from conflict. Their power to speak to people on an emotional, psychological, and spiritual level, using their own cultural tradition means that rituals have a unique ability to engage divided communities. While they alone cannot address long histories of violence and deep-seated issues of conflict, they can work as part of a spectrum of interventions linking to sustaining peace, social cohesion, and development.

Our inquiry is designed to help peacebuilding scholars and practitioners document what they are doing, reflect on their practice, grapple with the dilemmas facing them, make their learning accessible to others, and build a bridge to others who work through more formal modes of global security and stability.

The International Consortium’s 2022-2023 programming and research will explore more specifically the peace-potentiality of rituals and how they can be used to transcend and transform hostility. Looking across a range of local and traditional practices, and drawing from South/North interdisciplinary scholarship, we will explore the many ways rituals can encourage inter-group trust, justice, co-narratives, forgiveness, (re)integration, and inclusion. For purposes of this project, we use Bryan’s definition and understanding of ritual as:

…. central to social life. They provide social cohesion, offering ways that people gather together, proposing a sense of belonging and reifying social identities through which a group can be imagined. Rituals mark births, deaths and marriages and key moments in life. They are entwined with ideas of tradition and heritage, linking the present with the past, giving social groups a sense of history and communion with ancestors. They are often full of emotion associating peoples’ personal identities with the groups they belong to. Consequently, ritual is political. They are events at which hierarchy’s can be reinforced and at which politicians claim legitimacy. Rituals and symbols define the ethnic and national, frequently mixing the sacred and profane binding people together but also identifying outgroups, those people who do not belong. And at their heart is a struggle over social meaning. They do not stay static over time but provide emotional communication in an ever-changing socio-political environment (2022).

Shona Bell is the Programme Manager for Sectarianism for the Corrymeela Community in Northern Ireland.  She has worked in the field of Peace and Reconciliation for over 20 years. As a mediator and peace practitioner, Shona is currently working with individuals and communities participating in or affected by residual violence.

Chris Bosley is responsible for the United States Institute of Peace’s Program on Violent Extremism. He drives the Institute’s work to prevent and reduce violent extremism and targeted violence by informing practice and policy with novel, multidisciplinary, and research- and evidence-based approaches. He leads the Violent Extremist Disengagement and Reconciliation initiative, a peacebuilding approach to rehabilitation and reintegration for communities affected by people disengaging from violent extremism or exiting violent extremist conflicts.

Dominic Bryan is a Professor in the School of History, Anthropology, Philosophy and Politics at Queen’s University Belfast. His research examines the nature of intergroup conflict on the symbolic landscape. In particular, he has focused on the role played by symbols and rituals during the conflict and peace in Northern Ireland. It has been avowedly interdisciplinary, published in journals and books of anthropology, history, geography, social psychology, law, Irish studies, and conflict studies.

Paul Hutchinson is the founder/director of Imagined Spaces, (specializing in creative community relations) and the former Centre Director of Corrymeela. He has a background in mental health, advocacy, mediation, and the Arts. He worked for 12 years with NI Association for Mental Health, as a manager, advocate, practitioner/therapist, researcher. Paul is an educator (including Visiting Professor at Dalhousie University & the Atlantic School of Theology), and an award–winning documentary filmmaker and writer. For several years, Paul has been part of Northern Ireland’s Parades Commission, which facilitates mediation between parties in dispute concerning proposed parades.

Duncan Morrow is a Lecturer in politics at University of Ulster where he has published widely in the fields of conflict resolution, Northern Ireland politics and the relationship between religion and politics. He is currently the Director of Community Engagement at Ulster University developing relationships with groups and organizations across the community. His research interests include Conflict and Religion, Ethnic Conflict, Northern Ireland Politics, and the work of Rene Girard. For ten years, Duncan was Chief Executive of the Northern Ireland Community Relations Council where he championed the concept of a shared future and peacebuilding by developing the Council’s role in policy, research, and active learning, working on key issues such as interfaces, parading, regeneration and in working with victims and survivors of conflict.

Teri Murphy is the Associate Director at The Mershon Center for International Security Studies. She is a peace-practitioner and researcher working in several conflict-affected settings. Her expertise is in transitional justice, designing and facilitating transitional processes, social healing and transformation. Teri currently supports the work of several global humanitarian, development, and peacebuilding projects, looking for ways to foster and integrate evidence-based research, sound policy, and effective interventions to strengthen human security and encourage durable peace

Hollie Nzitatira is an Associate Professor of Sociology at The Ohio State University. Her research agenda is motivated by the fundamental questions of why and how atrocities occur and who commits them. She is equally interested in the process of transitional justice after atrocities, including how societies rebuild, how international actors respond to the violence, and the lasting effects of mass violence. Hollie studies multiple processes of mass violence, human rights violations, and mass crime—why they occur, how they occur, their effects, and responses to them.

Alastair Reed is the executive director of the RESOLVE Network and the director of the RESOLVE Research Advisory Council. Dr. Reed is an associate professor at the Cyber Threats Research Centre at Swansea University in the United Kingdom. Previously, he was the director of the International Centre for Counterterrorism in the Hague, and a senior researcher at Leiden University’s Institute of Security and Global Affairs. An expert in counterterrorism and counterinsurgency, he has provided policy advice and training to a wide range of government and international organizations. He has a strong background in grassroots field research in conflict-affected areas, with a regional focus on South and Southeast Asia. (2022 Conference, Roundtable, Global Event)

Laura Webber is Co-Convener for Think Peace Learning and Support Hub Community of Practices. She engages in research and practice at the intersection of trauma healing, embodiment, neuroscience, social justice, and peacebuilding. Laura centers a healing-based and whole-being approach as she engages in work toward conflict transformation from the individual to the collective. Most recently, she has served as Programme Support Worker with the Corrymeela Community, a peace and reconciliation organization in Northern Ireland, developing and delivering trauma informed programming. She is particularly passionate about accompanying peace practitioners and activists to nurture their resilience and sustainability. (Research)

We will begin the initiative by convening former learning platform participants and local guests for a 2 ½-day conference at Corrymeela Peace Centre to lay a theoretical and experiential foundation for the year.

In the Fall, we will co-host an international roundtable discussion with the United States Institute of Peace (USIP) and the Resolve Network. Drawing together 20-30 scholarly experts and traditional practitioners, the vision for this event is to share knowledge about the ways rituals are being used to encourage (re)integration after collective violence. This is a by-invitation only event and will be managed by USIP. The roundtable model is meant to set a stage for disseminating research and findings to a smaller, catered crowd. Chatham House rules will apply so that presenters can share their ideas in more detail and gather input. Participants will also provide feedback to presenters for the follow-up public webinar, offering suggestions for how to shape and narrow their presentation to a larger audience.

A month later, we will co-host a major international event in which we expect between 300-400 participants. This public webinar will be a moderated discussion with and between the round-table discussants, followed by Q&A with the audience.  Afterwards, we will work with speakers on writing a short commentary and analysis (750-1,000 words) that will serve as an overview of their findings, policy relevance, and/or practices. Authors will work with a USIP or Mershon Center editor on the structure and content, and then their submissions will be posted on all three organizational websites.

Facilitators shaping the content of these events include Chris Bosley, Paul Hutchinson, Teri Murphy, Hollie Nzitatira, Alastair Reed, and Lisa Schirch (to be confirmed).  Note: some of these and other experts have not been previously affiliated with the consortium.

Our plan is to conduct a survey among participants of the international webinar and to identify several in-depth case studies take place at the local level. Although the exact design for the research is pending, it will attempt to answer some of the questions found in Appendix II.

Experts participating in this follow up research project may include members of the conference planning team (if interested) and other international consortium members. Additionally, Laura Webber has been formative in our thinking about the research agenda and will be a lead in this project.

Note: We may also decide to convene research/working groups around particular types of ritualizing for peace practices as well.