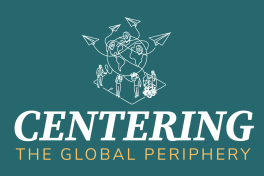 Activities include working group meetings, a speaker series, graduate student opportunities, and a culminating symposium during 2023–2024.

Co-Sponsored with the Center for Latin American Studies.

Tuesday, November 15, at 12:30pm - 2pm (Derby 1039)
Graduate Student Luncheon with Manuela Boatca, Freiburg University, Germany | The project of creolization involves the rethinking, reframing, and creative recomposition of the received categories structuring our disciplines—from Europe to the Americas, from the modern to the global. The invention of Latin America as “New Romania” (Nouvelle Romania, a linguistic and cultural sphere of influence) was an ideological move. Through it, France, which had lost its most prized colonial possession in the Caribbean after the Haitian revolution of 1791–1804 and had been forced to sell Louisiana to the United States as a result, tried to maintain political control in the American colonies and thus partake of coloniality. In the process, Latinity was gradually displaced from the center of Christianity and increasingly equated with Catholicism. Yet modern nations in the European East claimed allegiance with classical empires - an attempt at trans-imperial negotiation in a world-system increasingly dominated by West European colonial powers. Creolizing knowledge is discussed here as a way of retrieving the claims of peripheral regions in both colonial and imperial situations to shaping the categories we employ - "Eastern" Europe, "Latin" America - and the legacies they bespeak .”

Book: Creolizing the Modern by Anca Parvulescu and Manuela Boatca
Co-sponsored with the Center for Slavic, East European, and Eurasian Studies.